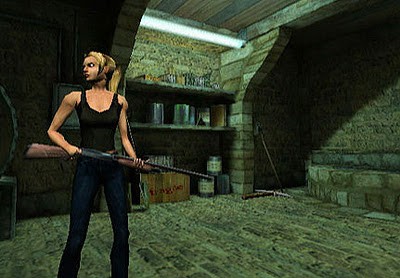 The lukewarm reception that Eternal Darkness’ “spiritual successor” Shadow of the Eternals has gotten so far apparently hasn’t stopped Nintendo from showing some interest in the classic horror franchise as well: the company recently filed for a new trademark related to the eleven year old psychological horror game.

Nintendo recently registered a new trademark for Eternal Darkness that specifically mentions the use of the name with “downloadable electronic game software.”

While this doesn’t necessarily mean that Nintendo is developing a new Eternal Darkness sequel (companies often file or renew trademarks simply because they don’t want somebody else to snatch up the name or rights,) that hasn’t stopped Eternal Darkness’ legion of dedicated fans from getting their hopes up about a possible sequel or remake. Who knows? Perhaps Eternal Darkness will be the next Gamecube game to be remade following this Fall’s Wind Waker HD, or perhaps those rumors about Nintendo adding Gamecube downloads to the Wii U’s Virtual Console service might be true.

Eternal Darkness was originally released for the Gamecube in 2002. The game was originally met with mixed reviews and tepid sales, but the game’s innovative “insanity effects” and intricate story have caused it to become something of a cult classic in the years since its release.

Members of the original game’s development team are currently trying to crowd-fund a spiritual follow-up to Eternal Darkness, entitled Shadow of the Eternals, for the PC and Wii U. Following the abrupt cancellation of their original fundraising campaign, the game’s developers have recently launched a second Kickstarter, with a lower fundraising goal and new stretch goals, including a possible PS4 port.