Phil Fish is an asshole. Marcus Beer, the journalist who attacked him and eventually pushed Fish over the edge and quit the industry, is also an asshole. You’re probably an asshole too, and as for me? Well, I’m definitely an asshole. We’re all assholes, and that’s probably why so few people outside of our little subculture take videogames as seriously as they should.

In case you didn’t know, the gaming community erupted with an explosion of high school-esque drama this past weekend when Phil Fish announced that he was giving up on video games following a dumb argument with Game Trailers’ Marcus Beer. Since then, plenty of sites have written long, self-aggrandizing editorials about how Fish is a jerk and needs to learn to handle criticism, or about how Beer is a jerk and behaved unprofessionally.

I am not writing this to defend Fish or Beer: as far as I’m concerned, both of their behavior was reprehensible. Beer’s original attack on Fish is filled with juvenile (and frankly, not particularly clever) personal insults and is completely free of any sort of legitimate criticism or insight; it’s no different from the rants posted by your average entitled internet troll, and it’s frankly embarrassing that a major outlet like Game Trailers would give Beer a platform to spew such childish vitriol. As you could probably tell from my amateurish writing style, I am not a professional writer. I’ve never received any formal education for writing, nor do I plan to pursue a career in journalism (I do this shit for fun,) but even I could tell that Beer’s attack on Fish was unprofessional and rude.

Fish isn’t the martyr that some people have made him out to be, either. I respect the guy’s work and I was a big fan of Fez, but Fish hasn’t exactly been a paragon of civility when it comes to respecting others’ work, either. He has a reputation of personally attacking games journalists and even other developers, and his response to Beer’s moronic insults wasn’t particularly intelligent or mature either. Some have tried to paint Fish as a stereotypical “misunderstood artist” whose genius at his craft is somehow derived from his social ineptitude and complete lack of tact, but frankly, I think that’s a load of BS: it’s possible to be creative and artistic without being a complete dick about it. There are plenty of talented people in the games industry who are, and frankly, I’m tired of self proclaimed artists using their creative accomplishments as a license to treat everybody around them like garbage.

With that said, it’s a damn shame if Fish really is quitting the games industry, and its even more of a shame that we might never see a proper follow up to Fez. Regardless of how you felt about Fish’s personality, it’s hard to argue that the guy wasn’t a good designer (a few bugs in Fez aside,) and there’s no denying that the industry could use a few more innovative titles like Fez every year. It doesn’t matter whether you side with Fish or Beer, the sad truth is that gamers have lost a potential source of good games, and we lost it because we’ve all helped to perpetuate a culture of immaturity and rudeness.

Just take a look at the Twitter messages sent to Call of Duty team member David Vondehaar, for example. Vondehaar is simply a guy who wants to make video games for a living, yet he’s bombarded daily with a slew of messages from entitled fanboys who don’t just criticize his work, but personally insult him and threaten his family with physical violence. Why do “gamers” do this? Because they’re mad about stat changes to an imaginary gun.

Of course, the CoD community isn’t exactly known for behaving maturely, but this isn’t a problem that’s limited to one game or one company. Bioware employees were sent death threats and were harassed for months online and in real life because some players didn’t like an ending cut scene. Women who voice their opinion about games are routinely threatened with rape. You can’t read an interview with a developer without seeing at least one or two idiotic comments advocating that the developer lose his job, or that everybody should boycott his games, usually because of some imagined slight or because that developer “RUINED EVERYTHING” by creating a game that wasn’t exactly like the fan fiction that gamers had cooked up in their heads. Hell, just look at the comments section for any review or opinion piece on the internet — it’s hard to find one that isn’t filled with assholes comparing the writer to Hitler or telling him/her to get AIDS because the author *gasp* had the gaul to share an opinion that didn’t necessarily line-up with the fanboy hivemind. There’s a difference between legitimate criticism and just being an entitled, self-centered dick, and a lot of gamers crossed that line a long time ago when they stopped discussing the merit of individual games and started personally attacking  the people who make them or write about them.

There are hundreds of millions of people in the world who play games, so obviously the kids (or more accurately, the man-children) who do the things I mentioned above are simply an outspoken minority. The problem is that the rest of the gaming community rarely speaks out against these morons, and when somebody does, they’re often shot down as politically correct thugs advocating censorship. These people may be a minority within the overall gaming community, but they’re a loud minority, and they’ve defined how the rest of the world stereotypes “gamers.”

By not speaking out, we’ve allowed these assholes to define the entire conversation about video games: we’ve given our silent consent for Phil Fish’s stupid behavior, and Marcus Beer’s troll-ish brand of “journalism.” As Fish and Beer illustrate, this isn’t a problem that’s simply limited to the audience who consumes games, but the actual game creators themselves and the press who cover them: assholes are endemic to the whole industry, not just the online community. We’ve created an environment where nobody is expected to behave professionally, not even the professionals.

Is Phil Fish an asshole? Yeah, he is. But maybe he wouldn’t feel the need to act like one if he wasn’t constantly immersed in a culture that’s encouraged (either proactively or via a lack of protest) such behavior. Ditto Marcus Beer, and ditto everybody else in the gaming community who has apparently forgotten that games were once a hobby to them, and not something worth ruining somebody else’s life over.

Gamers are constantly complaining that the big video game companies don’t respect them, and while that is a legitimate concern sometimes, a lot of people forget that respect is a two way street. It’s true that game publishers and developers need to stop forcing restrictive DRM down our throats or charging us for content that is obviously already on the disc. It’s true that Phil Fish probably didn’t need to tell a journalist to go “kill himself.” It’s true that certain developers treat their fans like nuisances that have to be placated rather than customers deserving of quality service.

But it’s also true that gamers should probably stop acting like every video game developer in the world owes it to them to tailor each game to their specific, personal tastes. Journalists don’t need to act like developers owe them access to their games. Gamers don’t need to jump down the throat of every journalist who doesn’t like or hate the same games that they do. As anyone who’s had the misfortune of working retail or a food service job will tell you, sometimes its hard to respect your customers when so many of them do nothing but make dumb-ass complaints and unreasonable demands. Imagine the worst customer that you’ve ever had to deal with: now imagine having to deal with hundreds (possibly thousands) of people just like that every day, and you might understand why some people in the games industry are so bitter.

Basically, everyone — gamers, developers, and journalists alike — needs to stop acting like everybody else is out to get them or owes them something.

Gamers should also, y’know, stop threatening to kill a dev’s family every time they rebalance a game or create a game that doesn’t live up to expectations. It’s an insane request, sure, but I think it’ll really help break this feedback loop of negativity that gaming culture seems to be stuck in. 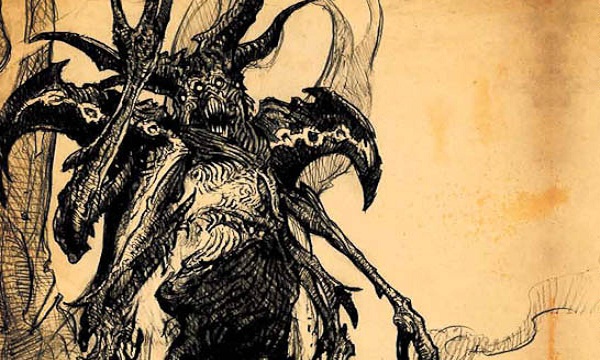 I’m sure you, like the countless other RPG fans, can … 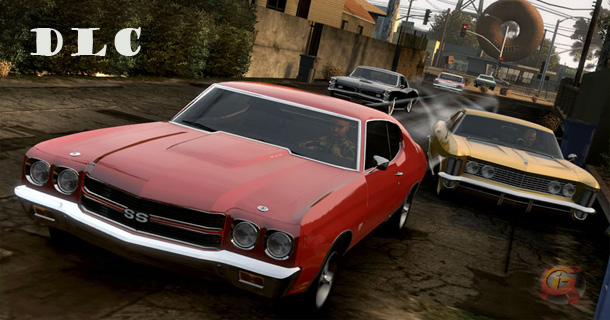 Downloadable Content (DLC) has proved to be a great source …