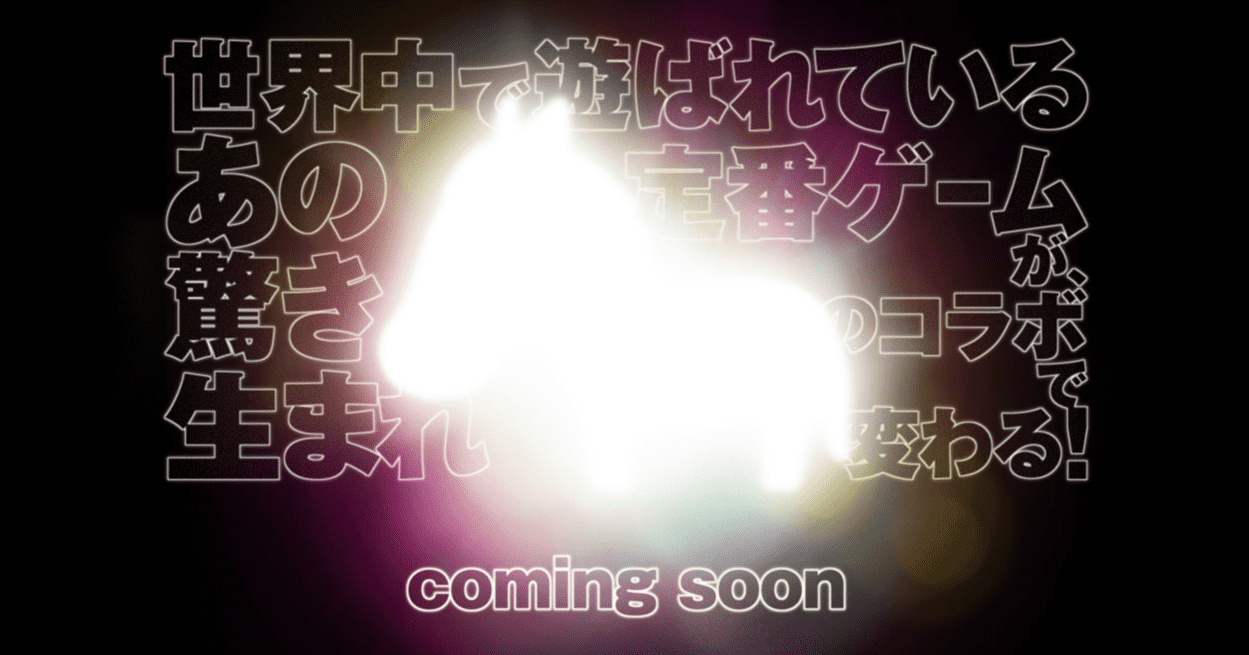 With Tokyo Game Show just around the corner, it seems like every major Japanese developer has decided to tease some big announcements right now. Pokemon developer Game Freak has just put up a new teaser image on their site that suggests that a new Pokemon crossover is in the works.

Game Freak’s website has been updated to show a glowing silhouette of what looks like a Pokemon, along with text that loosely translates to ““That popular game that is played around the world, will be reborn in a surprising collaboration!”
(translation via Siliconera.)

Of course, there is a chance that this isn’t Pokemon related at all; Game Freak has been known to dabble in original IP’s outside of the Pokemon franchise from time to time, with the most notable examples being the Game Boy Advance’s Drill Dozer and the recently released Harmoknight for 3DS. The “popular game that is played around the world,” part of the text seems to suggest that this new game will be Pokemon related, or at least connected to some other big franchise.

It’s also anyone’s guess as to who Game Freak could be collaborating with this time: the last Pokemon crossover, Pokemon Conquest, was developed in conjunction with the Nobunaga’s Ambition team over at Tecmo Koei. While a Pokemon Conquest would seem like common sense given how well the original game sold, the “surprise” part of the text leads me to believe that they’re going to partner up with a new developer. Your guess is as good as mine as to who it’ll be, but personally, I’d love to see a completely insane Pokemon game developed by Grasshopper Manufacture.

There’s no other information posted on Game Freak’s site (not even a countdown timer or anything,) so there’s a chance that we might have to wait until Tokyo Game Show or the next special episode of Pokemon Sunday (Japan’s weekly variety show about Pokemon,) to get more info.

2012 marks a big milestone for Capcom’s two most iconic …

We’re in an age when most videogame publishers are doing …