Reddit AMAs are becoming the new thing all the cool kids are doing when it comes to touching base with the community. Over the weekend, an anonymous Xbox One developer opened the floor to answer questions about the Xbox One’s hardware, policies, and offer a behind-the-scenes look at how Microsoft felt during E3 . While I can’t confirm the identity of the author, it appears Reddit moderators were given enough information to feel confident about the him to confirm his status as an Xbox One dev. Even though many of the questions fans posted could not be answered, citing his wish to retain anonymity as the cause, the entire post offers a fresh perspective on what it’s like working from the other side of the curtain.

One of the biggest lingering concerns about the Xbox One is the mandatory inclusion of Kinect. Folks find it hard to justify spending an extra $100 for a new Xbox over the PS4, especially when they believe that extra money is subsidizing an always-on microphone and camera they don’t even want to begin with. In response to questions about how developers feel about bundling Kinect with every console, the developer stated that, “the goal with having a Kinect ship with every Xbox is to guarantee to game developers if they implement Kinect features into their games, everyone who has an Xbox will be able to experience it,” he said. “I often see people dismiss the Kinect instantly because they haven’t seen it work like I have. It is an integral part of the Xbox One experience.” Further discussing the importance of including the sensor with every console, the developer added that, “the majority of the masses care only about the console, except that the success of the Kinect carries much more weight to us. The sensor costs almost as much as the console to make.”

Another hot topic for the gaming crowd, especially those concerned over which console reigns supreme in spec-land, is whether Sony’s PS4 or Microsoft’s Xbox One will ultimately win the performance battle. “The facts are on paper, the PS4 has better specs and the most you can debate is by how much,” the developer admitted, candidly. “What I can tell you is I have played Forza, Killer instinct, and Ryse on the Xbox One. They look as good as the games I play on a high end PC.”

Honestly, it doesn’t matter if you get a PS4 or an Xbox One, your mom is still going to call it a Nintendo.

In terms of policy, and the outrage over the initial plans concerning DRM, the developer explains that Microsoft had not relayed their plans to anyone outside of the inner management circle. “Some of the policies we too only heard the day of the reveal or at E3. We too, ponder about their pros and cons. I can tell you we have heated discussions on our policies all the time internally,” he continued. “Engineering practices have taught us there are always trade offs. We lay out all the benefits of different policies and figure out what we have to give up in order to obtain those benefits.”

One of the more interesting aspects of the AMA were the few anecdotes the developer told about some experiences the Xbox team had at this year’s E3. In the aftermath of the console maker’s conference, Microsoft wasn’t feeling too confident about gamers accepting the policies and price tag the Xbox One was touting. “Marc Whitten once told me that at E3, he fully knew Sony kicked our butts and wasn’t sure how to deal with people on the demo floor,” he explained. “What he saw repeatedly was after people sat down and played with the Xbox One, the Kinect, the voice controls, the hand gestures, the UI, they had sparks in their eyes. This why we still believe we have the better product.” To offer some insight into where both Sony and Microsoft stood as the show floor opened, the developer mentioned that, “One of our execs had mentioned a Sony dev came up to him at E3 and told him you won the games, we won the gamers.”

Nothing truly mind-blowing came out of the weekend’s AMA, but that’s not really what was expected anyway. Still, there is plenty of interesting information to absorb based on the developer’s candid responses. It’s super interesting to know that Kinect costs nearly as much as the Xbox One console itself. This leads to a new concern Microsoft will have to address sometime before the console launches: What happens if Kinect needs to be replaced? Whether it’s getting knocked over by children, chewed on by the dog, deep scratches appearing on the lens, damage during travel, or the million other reasons a device can break, how will folks be able to replace the Kinect now that it’s mandatory for the console to function? How much will it cost on its own? The answer could be a deciding factor for cash-strapped fence-sitters who don’t want to worry about what essentially becomes a potential maintenance fee.

That’s their “aren’t we cute when we’re costing you hundreds in damages” face.

It’s also interesting to see that developers from both Sony and Microsoft were thinking much of the same things gamers themselves thought after the conferences were finished. Microsoft definitely showed off a plethora of games that dazzled the eyes of gamers, but Sony won their hearts with consumer-friendly policy announcements. It’s worth noting that, for those who remain skeptical about the idea of forced Kinect integration, this isn’t the first time someone’s mentioned gamers turning into believers after their first experience with the new sensor. In particular, Revision 3’s Adam Sessler found the upgraded Kinect to be much more impressive than initially anticipated. At the end of the day, still months away from either console’s launch, it’s far too early to count out the Xbox One as a worthwhile next-generation console.

What was your takeaway from the Reddit AMA? Did you find the developer’s perspective particularly thought-provoking? Are you slowly warming back up to the idea of the Xbox One, or is it too little too late for Microsoft to mend so many burned bridges? Tell us what’s on your mind in the comments section, and don’t forget to like IGXPro on Facebook, follow us on Twitter, or give us the ‘ol +1 on Google+. If you can’t get enough of my shenanigans, (who could blame you?) you can check me out @GamingsNirvana, or add +VinnyParisi to your circles. 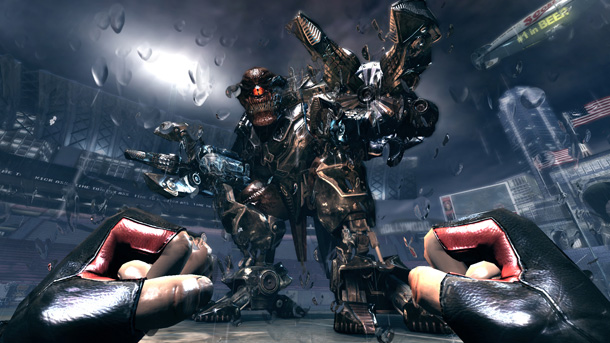 We haven’t seen Duke for quite some time and his …