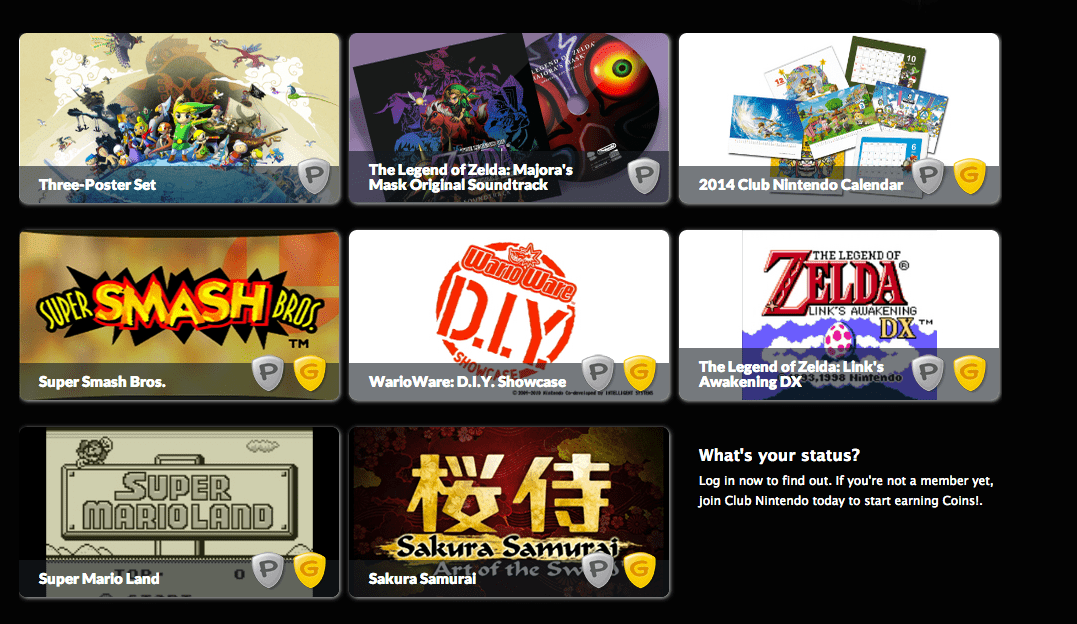 Nintendo of America has announced the freebies that they’ll be sending out to Club Nintendo members who have achieved “Platinum” status, and this year’s set of prizes is a little underwhelming to say the least.

Platinum members are allowed to chose between one of two exclusive prizes: a Legend of Zelda: Majora’s Mask soundtrack, or a three poster set that includes posters of Luigi, Pikmin 3, and a print featuring exclusive art from The Legend of Zelda: Wind Waker.

Gold members (or Platinum members who want to slum it with lesser prizes,) can choose between six different prizes: they can either get a Nintendo themed mini desk calendar, or get a free download code for one of the following games: the original Super Smash Bros., Link’s Awakening, Super Mario Land, Wario: D.I.Y. Showcase, or the 3DS e-shop exclusive Sakura Samurai: Art of the Sword.

This year’s prizes are noticeably less exciting than the bonuses that Nintendo has given out in previous years, which included things like character statues and exclusive downloadable games. Of course, whining about Club Nintendo prizes just reeks of entitlement since these things are technically free bonuses included with the purchase of Nintendo games, but it’s hard to not be disappointed that this year’s set of special rewards aren’t all that different from the regular prizes that you can order from Club Nintendo at any time. Oh well, it’s better than nothing, I guess.

Club Nintendo members who have earned Gold or Platinum status will need to pick a prize and finalize their orders before August 15th. The prizes will be shipped sometime before the end of the year. 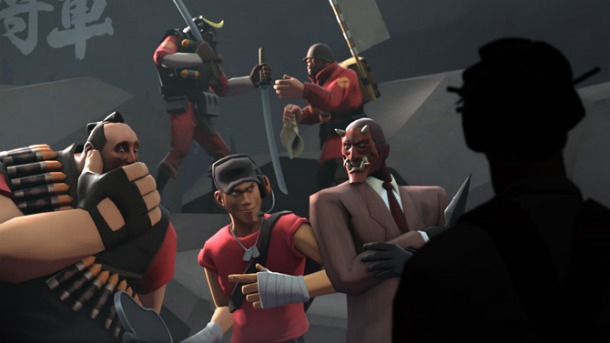 Eight exclusive Shogun Hats are your for the taking if …