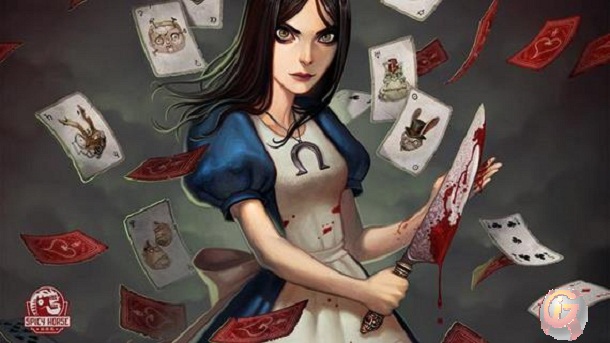 The Kickstarter campaign to fund development of OZombie, the game that mashed up the story of L. Frank Baum’s classic novel with some zombie focused third person shooting, has been cancelled. According to the game’s director, American McGee, OZombie has been cancelled so that he can focus his attention on securing the film rights to the Alice franchise.

An Alice movie was originally supposed to be one of the stretch goals for OZombie’s Kickstarter campaign, but McGee says that Kickstarter management wouldn’t let him fund two separate projects with the same fundraiser. “The submission has been rejected multiple times and our appeals have failed (multiple campaigns are not allowed). To launch a campaign for the Alice films rights means we must first shut down the Oz campaign,” McGee explained.

“Second, we wouldn’t consider shutting down the Oz campaign if it were trending towards success,” McGee lamented. “As it is, we’ve reached 15 percent of our goal with 20 days left in the campaign. Projections suggest we’ll hit 30 percent of our goal by campaign end. I’ve been telling myself to remain optimistic and see this thing through. But when the reality of our funding trend is combined with the pressure of the Alice film rights situation.”

McGee says there’s still a chance he’ll come back to OZombie at some point, but right now he wants to focus his attention on the film rights to Alice, as he says the window for getting a film made is closing.

This decision seems kind of misguided to me: sure, there was a good chance that OZombie’s Kickstarter campaign would’ve ended in failure anyway, but I’m not sure an Alice movie is a good idea, either. While McGee’s twisted takes on childrens’ stories are fairly unique in the video game space, the whole “dark and gritty” fairy tale re-imagining thing has been done to death in movies already (just to name a few from recent years: Snow White and the Huntsman, Jack the Giant Slayer, Hansel and Gretel, and Disney’s Alice In Wonderland from 2010, which is getting a sequel,) so I’m not sure why McGee thinks an Alice movie would be any more successful than a new game.