Okay folks, instead of updating my previous post, there’s enough info to start an entirely new one. While the link I posted to announce Insomniac Games’ newest entry in the Ratchet & Clank Future series still isn’t back online, I have the full transcription for what was mentioned on the page (courtesy of NeoGAF):

Ratchet and Clank are back! The beloved duo return with an original single-player epilogue to the acclaimed Tools of Destruction and A Crack in Time. Ratchet & Clank: Into the Nexus is a story-driven platform adventure with humor and heart, featuring outrageously upgraded weapons, extreme planet hopping and brand new worlds begging to be explored. Into the Nexus marks a true return to form for the acclaimed series.

After one of the most infamous manhunts in galactic history results in the capture of Vendra Prog, Ratchet and Clank offer to escort the dangerous criminal to the Vartax Detention Center. After a daring orbital jailbreak at the forgotten edge of the galaxy, Ratchet and Clank find themselves lost in an abandoned sector. There, in deepest space, they uncover an inter-dimensional event that threatens the universe—and forces Ratchet to decide what’s really important.

Features:
A return to the Future – Series protagonists, Ratchet and Clank, return along with Captain Qwark, Talwyn, Cronk and Zephyr in a brand-new, story-driven single-player adventure.

Discover new worlds… and the dangers of space – Traverse through the zero-gravity of space and explore a mysterious sector filled with new planets to explore along with hidden dangers and dark secrets yet to be uncovered.

There you have it, our first details about Into the Nexus. What do you think so far? Sounds like a fitting conclusion to the Future saga if you ask me. No word on what platforms it will release for, but it’s probably a safe bet there will be both a PS3 and PS4 version, as the previous installments were both on PS3 and Insomniac would assuredly allow fans the privilege of finishing the trilogy on a single console

Edit: Into the Nexus will release on PS3, with no PS4 version currently in development. However, IGN states that a PS Vita version is entirely possible. The game will launch sometime this Fall, but won’t carry a full $60 price tag. 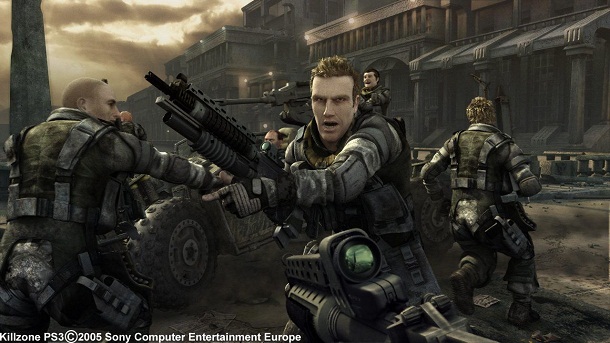 Guerrilla Games has been hard at work making the most …