After months of rumors and leaks, EA finally showed off the first footage of Dragon Age Inquisition during their E3 press conference two weeks ago. Some fans were apparently perturbed (for some inexplicable reason) at the lack of a “3” in the title, so EA’s Frank Gibeau explained the game’s slight name change.

“I think there’s always this debate over numbers versus no numbers, what works, what doesn’t work,” Gibeau told IGN. “We felt like we wanted to bring more attention to the word Inquisition, because that’s more the story arc of what it’s like. There’s a whole bunch of gameplay and features and big story choices related to how you go through this Inquisition that happens in the world.”

“It’s a tactical marketing decision…There wasn’t anything that strategic about it, to be blunt. We just wanted to draw more attention to the fact that Inquisition is an all-new chapter inside of the Dragon Age universe, as opposed to people expecting a follow-on to Dragon Age 1 and 2 in a literal, linear sense.”

Dragon Age Inquisition is currently being developed by Bioware using DICE’s Frostbite 3 engine (a.k.a. the engine that’s also powering the very impressive looking Battlefield 4.) Bioware seems to be aware that a lot of fans were disappointed with Dragon Age 2’s more action oriented direction, but they’re promising that Inquisition will be a proper RPG in the vein of the original game. According to Bioware, Inquisition will be “a vast, open world, where your choices not only affect the story, but the world around you.” Admittedly, that’s how every developer of open world RPGs describes their games, but I’m trying to stay cautiously optimistic about Dragon Age; I don’t necessarily mind the more action-oriented focus that Bioware has taken the last few years (despite how you feel about the ending, there’s no denying that the firefights in Mass Effect 3 were a lot of fun,) but I wouldn’t mind seeing a more traditional RPG from them sometime soon. Hopefully Dragon Age Inquisition can be that game.

Dragon Age Inquisition will be released for the PS3, PS4, Xbox 360, Xbone, and PC. EA has yet to announce a release date for the title. 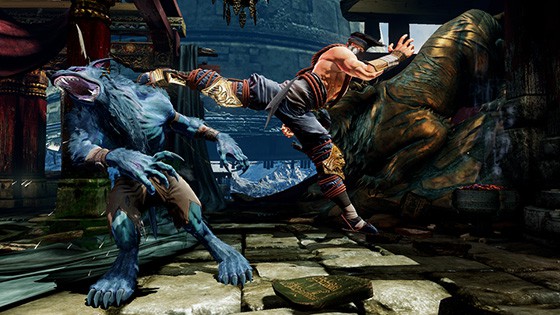