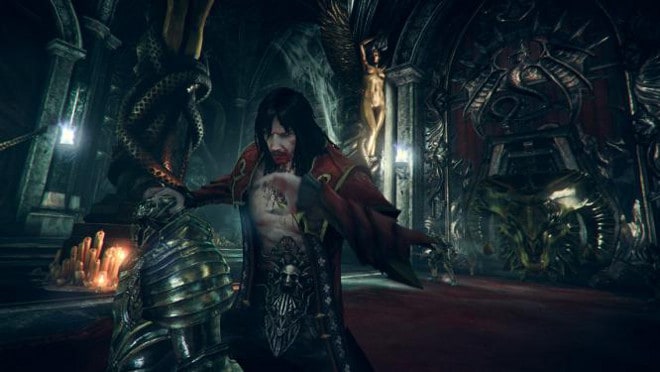 Mercury Steam’s Castlevania games have been a mixed bag so far: the original Lords of Shadow was great, while the 3DS “interquel,” Mirror of Fate, wasn’t. Thankfully, it looks like Lords of Shadow 2 will end the rebooted Castlevania trilogy on a high note, as the demo I played today definitely made it seem like LoS2 improves on the original game substantially.

The events of the first two games in the Lords of Shadow “saga” have left protagonist Gabriel Belmont (now better known as Dracula) bitter and cynical. In the original game, Gabriel was a reluctant warrior who only fought so that he could save the soul of his wife, Marie. In Lords of Shadow 2, Gabriel absolutely revels in destruction, and the only time he seems happy is when he’s killing something or blowing something up. Thankfully, he does a lot of both in LoS2.

The demo opens with a legion of crusaders storming Dracula’s castle. Since he has nothing better to do, Gabriel nonchalantly walks up to the invading army, then talks to them about how convenient the timing is of their attack: his chalice has just run out of blood, and he was just about to go look for something fresh to drink. Instead of being worried about the forces attacking his castle (forces which include a giant, clockwork powered robot,) Gabriel seems like he’s having as much fun fighting them as I did playing the demo.

The basic controls and mechanics haven’t changed from the first game: the square/x button still launches a quick basic attack, while the triangle/y button still does a wider, lengthier strike. You can combine both types of attacks to create combos, and a lot of the combo’s (if not all of them) from the original game still worked. The left trigger still makes Gabriel dodge, though it seems like his dodge move is much quicker and travels further this time.

The Light/Dark magic system from the original game has been replaced by the new Void Sword and Chaos Claws. The sword and claws serve the same basic function as the Light and Dark magics respectively, but now instead of just powering Gabriel’s regular combos, they now change his fighting style completely. Like the Light magic from the original game, the Void Sword drains health from enemies when you land an attack, but the sword seems better suited for 1-on-1 confrontations rather than crowd control. Similarly, the Chaos Claws deal significantly more damage than Gabriel’s other weapons (just like the Dark Magic from the original game,) and can even shatter the shields of armored enemies, but their range is far more limited than Gabriel’s sword or his basic whip-like attacks. Unlike the original game, it seems like you don’t have to collect souls from fallen enemies in order to power the Void Sword and Chaos Claws’ special abilities, as you’ll have unlimited access to them at all times.

The changes add a lot of depth to the battle system, as you’re now encouraged to constantly switch up between Gabriel’s three fighting styles  rather than just using the magic when you’re desperate. You can now also manually control the camera yourself, so you no longer have to blindly swing at off-camera enemies like you did in the original game.

The platforming feels the same as it did in the original game, except now you can hold down the L2/left trigger to highlight all the climbable objects around you, so there’s less guesswork involved in figuring out what you can hold onto and what’s simply part of the background. With that said, the climbing bits still weren’t as interesting as the game’s incredible combat — the demo required Gabriel to scale that clockwork robot I mentioned earlier, and there were a few frustrating parts that resulted in an instant game over if you miss timed a jump, sending you all the way back to the beginning of that section, but this seems like a problem that could be easily fixed with better checkpoints.

When the original Lords of Shadow ended and they revealed that Gabriel was Dracula, I was a little apprehensive about where they’d take the series next: thankfully, despite Gabriel’s transition from holy warrior into the Prince of Darkness, Lords of Shadow 2 manages to retain everything that was great about the original title while adding a host of noticeable improvements.

Oh, and one last little tidbit for those of you interested in the series’ storyline: while it’s already been revealed that Alucard would return in Lords of Shadow 2, a lot of the promotional materials for the game at E3 also show artwork depicting Simon Belmont from Mirror of Fate as well, so it’s safe to assume that he’ll be back for another battle against Dracula as well.

Castlevania Lords of Shadow 2 will be released for the Xbox 360, PS3, and PC sometime next Winter. 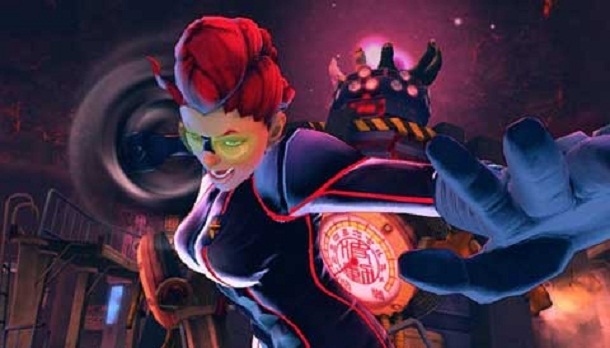 Here at IGX we don’t make it a regular habit …