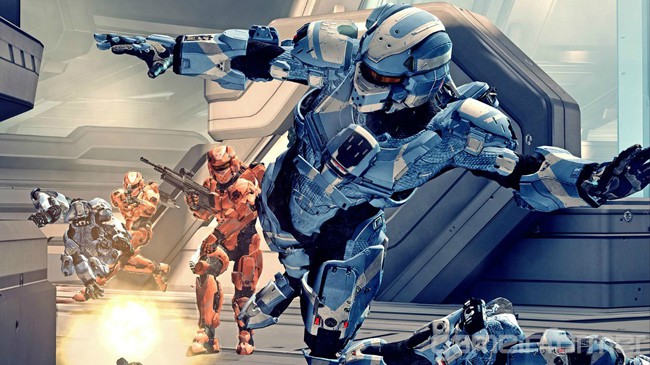 Halo was always one of the more deliberately paced shooters on the market, but that’s gradually changing: today 343 Industries issued a massive update to the game’s multiplayer modes designed to make kills quicker and matches faster.

Most of the weapons available in Halo 4’s multiplayer modes have had their damage output increased, and a few long range weapons, such as the Light Rifle and the Carbine have had their ranges extended as well. The chain guns on the Warthog and the Mantis mech are now 35% more powerful as well. The increase in power for most weapons seems to be fairly substantial — the Battle Rifle, for instance, can now take down a fully shielded opponent with only four bursts.

To compensate for the upgraded power, the aim-assist for most weapons will now be less “sticky,” (meaning they’ll require more manual aiming,) and player characters are now more agile, since 343 Industries has also bumped up the movement speed by 10%. While these changes have already been implemented into most of Halo 4’s multiplayer modes, some game types, such as Team Snipers and Grifball, won’t be affected by the update.

These changes were obviously designed to make Halo 4 a faster paced game, and I’m not sure if I really like it — I’ve always preferred Halo’s tense, drawn-out engagements over faster paced shooters like Call of Duty and Battlefield, and this rebalancing seems like an attempt to make Halo 4 even more like CoD. Maybe it’s just me, but I’ve always thought that the Light Rifle was kind of overpowered to begin with, so I find it strange that they’ve made it even better. Then again, maybe I’m just bitter that my weapon of choice (the DMR,) was one of the few weapons which was slightly downgraded with the update, not improved.

Of course, it’s too early to tell if the changes will really improve or hurt the overall experience, so  maybe I just need some time to adjust to the changes. A competitive game like Halo is always going to need constant updates anyway, so 343 is encouraging all players to leave feedback about the new changes on their forum.