The ability to play and trade used games is quickly becoming the defining issue of the next generation of consoles, and we still don’t have any concrete information about Microsoft or Sony’s plans: Microsoft has changed their story about their stance on used Xbox One games multiple times, and Sony continues to avoid any questions regarding similar DRM on the PS4. At this point, the only thing we know for sure right now is that both systems will allow you to play used games in some capacity, but both Sony and MS are continuing to dodge any questions about any possible restrictions or additional fees.

While Microsoft has been getting most of the heat in the used games debate (and rightfully so,) several sites are now reporting that Sony might be planning similar restrictions on used games with the PS4. According to Game Trailers’ Geoff “Dorito Pope” Keighley, the push for used game DRM is coming from third-party publishers, who want both systems to crack down on used game sales. “Sony, I think, has been seen as this kind of white knight so far that’s not going to restrict used games,” Keighley said. “Based on some of the things I’m hearing, I don’t think that’s entirely true because I can’t see publishers allowing one system to do one thing and one [to] do another.”

In response to the rumors of used game DRM on both next-gen systems, members of the popular NeoGAF message board started an online campaign to voice their dissatisfaction with the potential used game crackdown. The Twitter accounts of Sony employees were bombarded with messages from concerned gamers, and the hashtags “#PS4NoDrm” and “PS4UsedGames” even managed to crack Twitter’s trending topics for awhile. A few Sony employees replied back, saying that the company was aware of gamers’ feelings regarding the situation.

Frankly, I’m surprised that neither Microsoft or Sony have issued a definitive, official statement regarding their stance on used games or DRM on their next-gen consoles yet: the longer they wait, the angrier gamers will get. There’s a good chance that the “winner” of the next-gen might not be decided by who has the best graphics or biggest library of games, but by who has the least restrictive DRM. 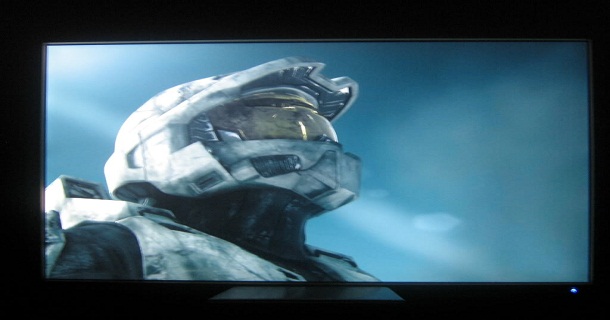 Finally we get to see what was under that helmet, …