Valve has announced a new digital trading card system to compliment their all powerful digital distribution platform Steam. The system sounds a bit those old paper tickets players could turn in for prizes at their local arcade, only instead of winning large stuffed animals, players can turn in their cards for additional customization to their profiles and digital trinkets to show-off their gaming skills. All cards are part of a set and players will be able to trade for cards they do not have, giving curious players even more reason to delve into the world of digital trading via Steam for the first time.  The release of this new service shows that Valve is still hoping to turn Steam from a digital distribution platform to a full blown social networking service for like-minded gamers.

I have to say I’m on board with this idea. I think it’s great to add an additional layer to the player’s gaming experience, even if it’s something simple and small such as this. The current list of game’s they are currently testing is pretty small, 6 in total, but that’s expected since it’s a beta. As well as all the cosmetic updates features players will be able to obtain, they will also be able to actual coupons for other titles as well. Giving away free money is a pretty good way to sweeten the pot and get more people excited about this new feature. I’m betting it’s going to pay off.

There’s a new standard from the increasingly impressive world of fan fiction, this time from the world of Bioshock. The Brothers Rapture put together a short film exploring the downfall of The Rapture as seen from its citizens prior to the events in the first game. Centered around two brothers innocently experimenting with some newly acquired plasmids, the story represents the chaos and deterioration of the city as it learned the true cost of experimenting with casual yet powerful genetic manipulation. It’s an angle of the story we haven’t seen before and it believable enough to seem as if it was canon.

The renovated and remodeled X-Com prequel, now called The Bureau: X-Com Declassified, has a new teaser trailer to feast your eyes on. As an X-Com purist, this is the least offensive iteration of this game I’ve seen so far. At the very least it’s finally starting to feel like it’s found itself a specific enough place in the franchise as maybe not be all that terrible. Although they still seem to have that strange black goop that doesn’t make any earthly sense in there. Perhaps they will be able to salvage the games image before releasing it, possibly as a digital download, sometime soon.

Just another one of those “League of Legends is the biggest game of all time posts.” Kotaku wrote about a kind of PSA the other day from Machinima regarding just how big LoL has become. Some of the facts used in the video have been around for a while like the fact that there are 6.5 million deaths every day in LoL or that each month players spend over a billion total hour playing. Still, some of the figures are mind boggling and truly shows that LoL isn’t just one of the most popular games in the world, it’s flat out just one of the most popular pieces of software in general.

… and finally. The 2nd trailer for the Google Glass is out and I have to say that now I’m getting a little excited – the possibilities seem endless. It’s like having a personal electronic assistant available to you at all hours of the day, an assistant that can help you count calories, measure your distance traveled, or even look up prices at the store. I can’t help but think someone is going to turn around and use the technology to make Real Life The Game starring you and featuring Google Glass. The ability to give people real-life quests to better their lives in only about one late-night coding session away from being a reality. I’m not sure how long it’s going to take for this technology to become public, but once it does I’m betting it catches on like wild fire. 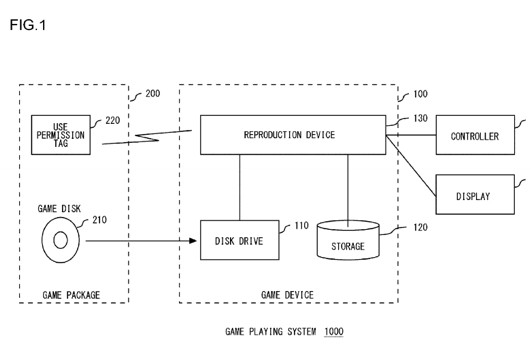 Sony just filed for a patent for a new type …