Another mobile review, another physics-based puzzle game. I wasn’t kidding when I said these things were a dime a dozen. Luckily, gamers have an appreciation for familiar game mechanics. Otherwise, let’s be honest, Nintendo would’ve gone out of business a long time ago. Today’s spotlight shines a light on Spirit Catcher, a title featuring a female protagonist on a journey to rid a world called Azlanthia of the evil demons possessing the local wildlife. But simply defeating the creatures isn’t enough; it’s then the avatar of Azlanthia’s job to capture the spirits of the defeated hordes by ensnaring them in her spirit catcher. (Is that innuendo? I can’t tell anymore.)

How do you defeat said creatures? A perfectly timed question, dear reader, as it allows me to segue into the gameplay portion of this review. Creatures can be defeated in a few ways: Dropping a sphere on them, hitting them with an obstacle or environmental hazard, or bouncing one creature into another. This is done by either swiping over the screen, in the case of breaking chains to drop spheres, or tapping certain breakable objects to destroy them. As for capturing their spirit upon death, it is as simple as dragging their spirit over to the spirit catcher, which looks exactly like a black hole or time warp of some sort. Spirits can be dragged in any direction, but there is a limit to how far and for how long they can be controlled directly, displayed via a timer and meter at the bottom and top of the screen respectively, so it’s important to make sure they are pointed in the direction of a spirit catcher before the meter runs out.

In order to pass a level, all creatures must be destroyed. However, missing a spirit is allowed, and the only consequence to letting a spirit float away is the loss of a potentially higher score. To reach the highest possible score, players will need to not only defeat all of the monsters and catch their spirits, but also collect orbs and totems.Totems can be collected either by rolling spheres over them or propelling physical enemies into them, while only the spirits of defeated creatures can absorb orbs, which raise the overall score for the level. It’s easy to forget but spirits can travel through obstacles, so there’s no need to worry about dodging debris en route to an orb or the spirit catcher. Higher scores lead to more stars awarded at the end of a stage, and in typical mobile game fashion, 3 stars is the maximum completion for a level.

Another reason to obtain the highest score possible per stage is maximizing the amount of spirit points awarded per level. Spirit points are used in the game’s upgrade menu, which is brought up after successfully completing any stage. The upgrade menu allows players to trade accumulated spirit points to enhance power, speed, or time. Increasing power adds to the total distance a spirit can travel, while upgrading speed allows the spirit to move faster and therefore make better use of the limited time in which players can control their trajectory. The final enhancement, time, does something completely unexpected. Rather than add to the amount of time the player can directly control a spirit, as one might naturally assume, it simply adds a bonus score multiplier for finishing levels with relative speed. Additionally, spirit bombs, which are a one-time use power-up that will destroy all visible on-screen enemies, can also be purchased from the upgrade menu for a hefty fee.

Look at those enemies just begging to be spirit-bombed. What? No, Goku, nobody called you…

In order to progress the game, the player must pass the current level to unlock the subsequent stage. No matter how many stars have been acquired during play, only successful completion of the previous stage will progress the zone. Strangely, unlike other puzzle games like Where’s my Water, the next area can’t be opened up by earning a certain number of stars either. Again, the entire previous zone must be completed before unlocking the next one.

For the most part, the game features a fairly standard difficulty. Puzzles may take a few tries to get right, but once the solution becomes obvious, it’s more often than not a simple matter of timing to execute the desired effect. Still, during later stages when multitasking becomes essential, it can be frustrating trying to control spirits instead of interacting with physical objects. For instance, there are times where an enemy dies very close to a trap that, when activated, will result in the death of a friendly creature, causing an instant game over. Because the entire game is touch-screen based, there’s no real way to communicate to the game the difference between engaging with the spirit instead of wanting to destroy the nearby obstacle, which can result in hair-pulling moments of accidental ally deaths. It would seem patience is the only real solution, simply allowing the spirit to move out of the way before engaging either/or; but when perfect timing is essential to launching an object or propelling an enemy, sometimes waiting is simply not an option. My advice is to just go for it and hope for the best.

One final gripe is that there is no confirmation after hitting the stage reset button. Considering the button isn’t blocked behind a menu, and is instead placed in the bottom right corner of the screen where every once in a while it conflicts with an enemy or totem placement, accidentally hitting the button isn’t all that unexpected. Rather than asking for permission, tapping the button will automatically erase current progress and start the stage again. It might not happen often, but even once is a nuisance and just amounts to poor judgment on the developer’s part.

Okay, so maybe that brick wall isn’t something a player would accidentally touch, but the point still stands!

Spirit Catcher features an interesting soundtrack and some well-drawn visuals. The main menu music has a very tribal feel, which is fitting given the aesthetic. I personally had a flashback of the Mystic Ruins from Sonic Adventure, not that a direct comparison can be made, but there are similarities. Stage music is much more subtle, unfortunately, so the game relies more heavily on the sound effects of interacting with obstacles and creatures to keep the experience engaging. The cartoonish art style suits the tone and helps personify the creatures with animated facial expressions that range from anger to mockery in reaction to player choices. In fact, much like Angry Birds, the enemies will laugh at the player upon failing a stage. There are a variety of enemy types, usually taking on the form of animal caricatures that look like birds, bulls, and such. Allies are easily distinguishable from enemies because they more closely resemble plants.

Spirit Catcher is a decent experience that doesn’t try to revolutionize physics games, but offers a satisfying experience while it lasts. The stages, of which there are 90 in total, are spread across three zones, and offer a reasonable challenge that will test your mental fortitude at times, until they reveal themselves to be head-smackingly simple in execution. Levels are well designed and visually satisfying, but the lack of a more substantial soundtrack during gameplay is a bit of a letdown. It may not be the most cost effective way to spend $1.99, but if a physics-based brain teaser is just what the doctor ordered, Spirit Catcher will not disappoint. 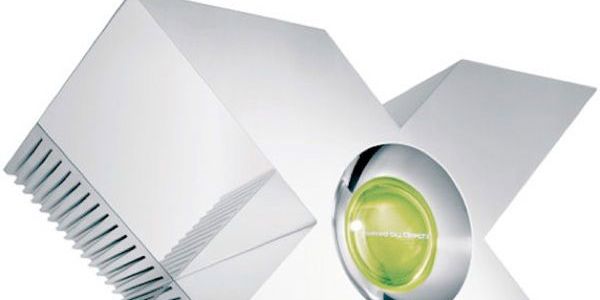 A year ago most people had never even heard the …