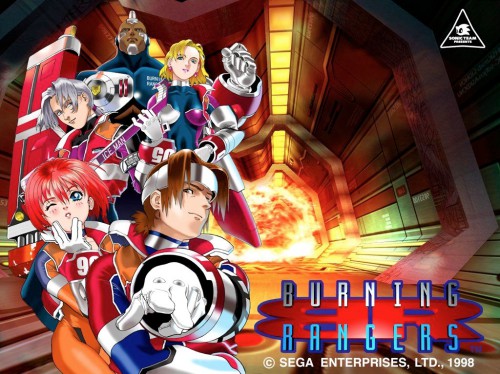 Latchkey Games is a weekly (sort of, I’ve been busy lately,) column that takes a look at games that perhaps didn’t quite get the amount of love they deserved: whether it was a game that was panned on its initial release only to become a cult classic, one that stirred the ire of series fans, or simply a game that fell through the cracks and was forgotten by time or overshadowed by a more popular release. This week I’ll take a look at Burning Rangers, one of the most underrated 3D platformers from the 32-bit era.

There are plenty of games where you play as the police, but games where you play as a fire fighter are comparatively rare. I’m not sure why; the things that fire fighters have to do — charging into collapsing buildings, rescuing helpless survivors, hacking their way through rubble with a big ass axe, fighting for their lives against a raging inferno — seem like they’d be the perfect material for a video game. Yet you could probably count the amount of fire fighting games released on consoles with your fingers, and the few that have been made have generally been ignored by mainstream audiences.

One of those games was Burning Rangers, one of the final Sega Saturn titles released in the US. Burning Rangers was the first 3D platformer developed by Sonic Team (well, if you don’t count NiGHTS, which really wasn’t a platformer in the traditional sense,) the division of Sega responsible for creating Sonic the Hedgehog, who would also later go on to create Dreamcast classics like Phantasy Star Online (a personal favorite of mine,) and Samba De Amigo. Despite being the latest platformer from the creators’ of Sonic (a franchise whose reputation hadn’t been ruined yet,) Burning Rangers had the misfortune of coming out a time when most gamers had already dismissed the Saturn as a failure, and the title was largely ignored by everyone besides the most ardent of Sega fans.

It’s a shame too, because Burning Rangers is one of the most original and unique platformers ever created.

Set in the far future, the game focuses on the titular team of “Burning Rangers,” jet-pack equipped emergency responders who fight fires by shooting them with lasers and missiles (don’t ask me to explain how that works.) While there are six “Rangers” on the team (including a black guy named “Big Landman,” because Japan,) you can only play as two of them during the main game: cocky hotshot Shou Amabane (whose English voice actor seems to have hard time pronouncing his own name,) and rookie female ranger Tillis. Both characters play identically, so your choice in character only really effects the cutscenes. While the game’s missions seem like unrelated, random fires at first, it soon becomes clear that’s there’s a connection between all the locations that have been set ablaze and… y’know what? I’m not even going to try to explain the game’s story, because the game’s ridiculous, Engrish-y, unintentionally hilarious theme song does a better job of setting up the game’s premise than I ever could:

Like most platformers, the goal of Burning Rangers is to simply get to the end of each stage, where you’ll be greeted by a boss (usually some sort of experiment or robot that’s gone haywire due to the fire.) Of course, being fire fighters, the Burning Rangers also have to put any fires they come across and rescue the survivors that they find. Each patch of flames is color-coded to show its strength, and the fires are basically the game’s equivalent of bad guys: while most simply burn in place, stronger fires will actually spit out fireballs and will actively try to go after you. Extinguishing fires or rescuing survivors rewards you with crystals, which serve the same function as Rings do in the Sonic games: you can survive an attack as long as you have some crystals with you, but getting hurt causes you to drop all of the crystals you’ve collected.

Extinguishing fires also effects the game’s “Danger Limit” counter, which basically works as a time limit for each mission: the Danger Limit is constantly rising, and the only way to slow it down is to quickly put out fires. As the Danger Limit gets higher, more and more flames erupt around the stage, causing the game to become more difficult as time progresses, so you’re encouraged to get through each mission as fast and as efficiently as possible.

As you go through each stage, you’ll often see the other members of the Burning Rangers team running across through the level as well, rescuing survivors, fighting fires, and doing their own thing. The characters frequently update you on the situation via the radio, and while the game doesn’t have the best translation or voice acting, the constant banter between the members of the team gives the game a lot of personality. You can even ask the other characters for directions if you get lost. It’s a minor touch, but it’s a nice little detail that goes a long way into making the game feel more immersive.

Unfortunately, the game does have one substantial flaw: Like NiGHTS before it, it’s extremely short. With only four stages, the game can easily be beaten in a single play session. The game does have a fair bit of replay value, though: by rescuing the game’s survivors (some of whom are pretty well hidden,) you can unlock additional playable characters or a gallery of concept art. Beating the game once also unlocks the ability to replay remixed versions of each stage, which feature additional survivors to rescue and alternate paths to explore. 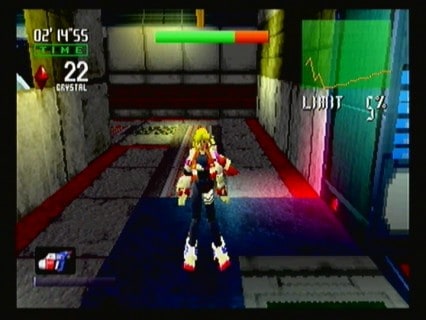 Despite the game’s short length, it’s hard to not like Burning Rangers. The game’s fast paced action and interesting setting make it one of the most unique and charming 3D platformers of its generation. It’s a shame that the game never got the attention it deserved; as far as I’m concerned, Burning Rangers is just as good as Sonic Team’s other big Saturn game, NiGHTS. But while NiGHTS is now regarded as a classic (and rightfully so, mind you,) Burning Rangers has been completely forgotten: there’s been a few references to it in Phantasy Star Online and Sonic & Sega All Stars Racing, but after 15 years without even a rumor of a sequel or a re-release, it’s pretty safe to say at this point that Burning Rangers was a one-off project that wasn’t successful enough to warrant any sequels.

I really recommend that you all go out and play this game, but getting your hands on it might be a little difficult. Saturn emulation is still a messy, buggy affair, and tracking down an actual copy of the game will cost you: like other games released late in the Saturn’s lifespan, complete copies of Burning Rangers command an exorbitantly high price on the used market. While the game isn’t as rare or pricey as Panzer Dragoon Saga or Shining Force III, complete copies of the game usually end up selling for around $100 on eBay. Thankfully, import copies of the game from Japan are much more common, and will only cost you about $30, but you’ll also need to buy a special cartridge to disable the Saturn’s region lock (such as the Action Replay 4m Plus,) in order to play it on a domestic system. 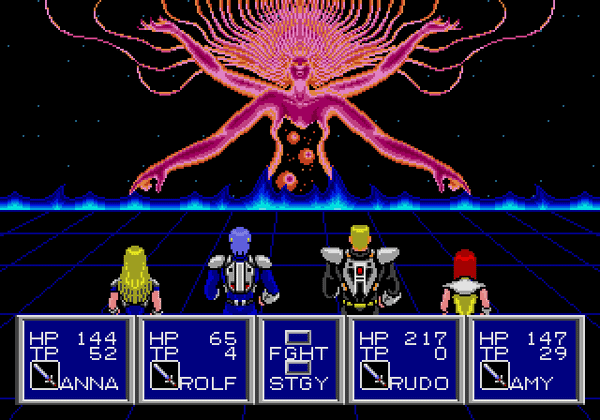