Robots in disguise. What seemed like such a simple premise became the blueprint for generations of entertainment that has enchanted generations of fans with a distinctive meld of sci-fi and fantasy. You’d be hard-pressed to find someone who’s never heard of Transformers, as the brand has become so much more than the timeless, classic 80’s cartoon. Autobots and Decepticons alike have found their way onto lunchboxes, bed sheets, t-shirts, and of course, toys. Oh, the toys. Why am I welcoming this nostalgic, 800-pound Optimus Primal into the room, when this review should be focusing on a mobile game, you ask? Well, dearest reader, because nostalgia is going to play a major factor in determining whether or not this game is worth your time.

Transformers Legends is a strategy card game that bets all it’s chips on the simple hope that you have a strong desire to collect Transformers trading cards. Truthfully, there isn’t a heck of a lot of gameplay to speak of. From the main menu you have a few options: Play through a mission mode, open up a space bridge, upgrade your cards, or battle online opponents. There’s also separate menu for viewing allies (via sending/accepting friend requests), checking inventory, viewing your profile, and other various options/configuration settings. The game requires a constant internet connection to play, so tablet owners will need to have their Wi-Fi enabled before booting it up. Additionally, you must create a Mobage account to play. Mobage is responsible for maintaining the game’s online services. The process can be done in-game and only takes a minute.

Mission mode is essentially a campaign without any fleshed-out story. While it contains the ability to switch between Autobot and Decepticon campaigns on the fly, the only reason to play as one side or the other is to collect trading cards to add to your battle team. The “missions” consist of scanning an area in hopes of achieving four scenarios: 1) Discovering a card, 2) Battling a single enemy for experience points via a quick-time event where the adversary fires missiles and you destroy them via tapping the screen at the right time, 3) Finding a card cache with a one-in-five chance of picking up a rare card, or 4) Encountering the boss of the mission, who will potentially drop his/her weapon upon defeat. Experience points count toward leveling up your profile, which only serves to award you medals or increase your ally capacity (the amount of friends you can add from Facebook/Random invites). I’ll discuss medals in a moment. Scanning takes Energon, which either recharges over time or, if you’re willing to spend money, can be refilled using Energon canisters, which are difficult to obtain in the game and will most likely need to be purchased. Those who’ve played Marvel’s Avengers Alliance or most other free-to-play games will be familiar with this formula.

Being a card battling game, there is obviously more reason for collecting new cards than for the sake of collecting new cards. Players are tasked with building a deck of their 9 best cards for 9v9 battles online against opponents, or 3v1 battles against mission bosses. These cards can be upgraded in one of two ways: Trans-scanning, or the process of taking a character’s robot form card and merging it with their vehicle mode card to form a complete transformer, thus enhancing their stats. The second way is through the Upgrade system, where you choose the card you wish to enhance, and let it absorb up to eight other cards at a time. The cards don’t have to be duplicates of the selected card, they can be any random cards you wish to discard. Upgrading a card raises it’s level, and a card’s max level is determined by it’s rarity. The better the card, the higher level it can attain, and the better overall stats it can achieve.

You’d think eventually Optimus and Megatron would just realize their eternal struggle has brought them both nothing but suffering and just decide to be friends.

The problem with battling, however, is that it’s a passive experience. Once you’ve built your team and sent it out onto the field, the actual battling itself is completely randomized. Things like characters activating their special abilities or attacking with equipped-weapon bonuses are automatically generated by the game. Players don’t even choose which of their cards should attack on their own turn phase, all they can do is simply sit back and let the battle run its course. In fact, such little emphasis is placed on battling that the entire process can be skipped as soon as a battle begins. This goes for mission-based boss battles, as well as online bouts against what I’ll dub “shadow opponents”, or battling against real player’s decks without them needing to be online to physically accept a challenge. Considering Transformers Legends is a card battling game, the lack of emphasis and control over the battle system is sort of a huge oversight on the part of the developers. Without it, the only reason to play the game is for the sake of collecting your favorite Transformers battle cards and reading the brief biographies on the back of each card.

Aside from missions and online battles, the only other activity to partake in is opening the space bridge, which is another way of obtaining cards and the only way to obtain many rare and most super-rare cards. The space bridge can be opened once a day, free of charge, and used to obtain a single, random card. The other way to open the bridge is by using medals, which can be earned by leveling up or partaking in random community events that happen every so often. Currently, there is a week-long event happening titled, “Fatal Furies“ where players can team up and take down powerful bosses in exchange for medals and Energon canisters. For every single medal you obtain, you will receive one card via the space bridge. There’s no other use for medals in the game, so there’s no reason not to spend them on opening up a space bridge and collecting more cards. One final way to open the space bridge is by paying for it via Mobage Coins, a currency used across all Mobage games which cannot be earned in Legends but can be obtained by downloading affiliated Mobage games when prompted at the start screen, or otherwise purchasing them.

In terms of audio and visual quality, Transformers Legends yet again plays on feelings of nostalgia. Fans of the original cartoon will recognize the series’ trademark theme chime whenever a battle is won, and the sound of cards transforming at the beginning of battles is equally well-placed and authentic. Visually, there isn’t a lot of action ever happening on screen, and the static images of battle cards aren’t all that thrilling to look at, so the experience will never dazzle you. There are signs of a single glimmer of engaging gameplay while opening the space bridge though, as lining up the bridge before opening the portal can be manipulated via gyro controls. This doesn’t actually affect anything, and the orientation can only be manipulated a slight bit, so I’m left wondering why the useless feature was even included at all. 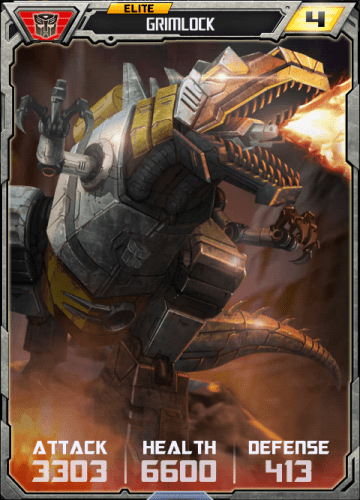 At the end of the day, Transformers Legends ends up being just that, the story of a once-great experience you wish to pass on to the younger generation. The entire experience can only be enjoyed by the most dedicated of fans willing to suffer through mundane, inane tasks for the small chance to collect a card featuring their favorite Autobot, Decepticon, or in my case, Dinobot. There’s no real gameplay to partake in, aside from silly “scanning” and the easily tiresome quick-time events. Battling is confusingly undercooked, and doesn’t actually require any interaction on behalf of the player, so I’m not sure why this is a card battling game at all. I really wish there was more to the experience than meets the eye (it had to happen) but unfortunately, Transformers Legends is little more than a virtual card catalog. But hey, I guess that’s easier to store than the physical cards that have been collecting dust in my basement for years now. 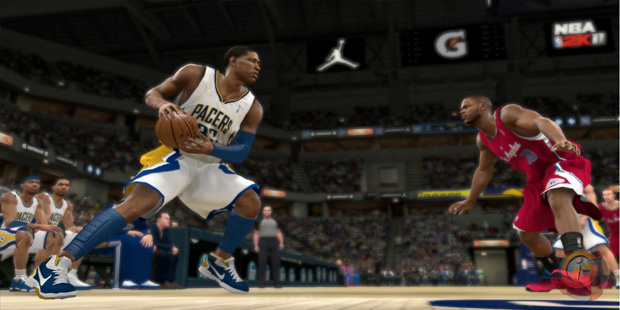 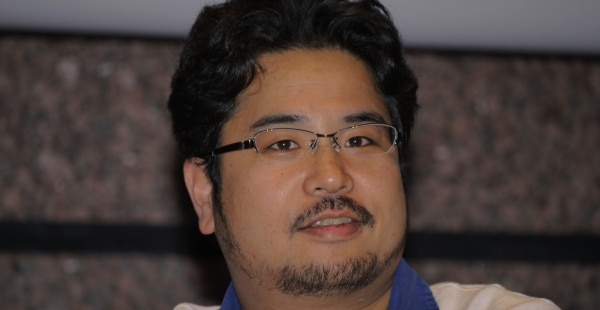 When you’re in the gaming industry as either a developer …