Today’s Nintendo Direct livestream was a big one: in addition to announcing a handful of new games, Nintendo finally gave us some concrete release dates for some of the 3DS’s and Wii U’s biggest titles.

After numerous delays, Pikmin 3 will finally come out on the Wii on August 4th. The game was one of the first titles revealed for the Wii U, and was originally planned to come out during the console’s “launch window.” In addition to the new Rock Pikmin, which were unveiled at last year’s E3, Nintendo announced today that Pikmin 3 will also feature Wing Pikmin, which will have the ability to fly and reach items inaccessible by other Pikmin species.

Game and Wario, the latest minigame collection in the Warioware series, will also come out on the Wii U on June 23rd.

On the 3DS front, Atlus announced that Shin Megami Tensei IV will be released on July 16th. Launch copies of the game will retail for $49.99, and will include a special slip-case, a mini strategy guide, and a CD soundtrack. Shin Megami Tensei IV is the first game in the “main” SMT series since 2004’s Shin Megami Tensei Nocturne for the PS2, and features much of the same development staff as the Persona series.

Square-Enix also announced that Bravely Default: Flying Fairy, the awkwardly named spiritual successor to Final Fantasy: 4 Heroes of Light, will be released for the 3DS sometime in 2014. Nintendo also announced that Professor Layton and the Azran Legacies, the latest entry in Level 5’s popular adventure/puzzle game series, will also be released in 2014.

Finally, Nintendo revealed that Donkey Kong Country Returns 3D, a port of the Wii platformer for 3DS, will be released on May 24th of this year. The 3DS port will feature a new easy mode for new players, as well as an “Original Mode” that retains the original game’s brutal difficulty.

As for the Virtual Console, Nintendo announced that Zelda: Oracle of Ages and Oracle of Seasons will be released on the 3DS e-shop on May 30th. In more surprising (and awesome) news, Nintendo also announced that Earthbound, the cult-classic SNES RPG, will finally be re-released on the Wii U Virtual Console sometime this year. Rumor has it that some sticky legal issues were preventing Earthbound from getting re-released in Western territories; apparently Nintendo has managed to resolve those problems and personally, I’m tempted to buy a Wii U just to play Earthbound again (it really is that good.)

Well it looks like the Assassin’s Creed franchise is becoming … 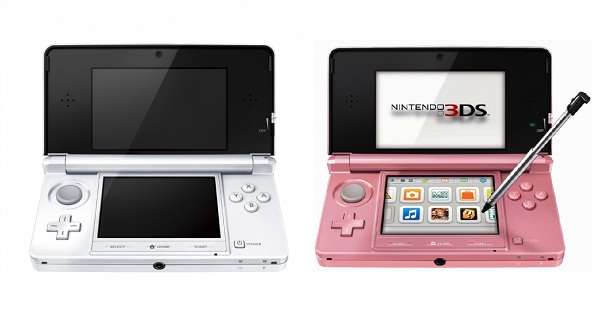 As you may have come to expect, Nintendo is rolling …