For those who took part in Breakout, the final phase of developer Tripwire Interactive’s Counterattack Mapping Contest, the contest winners have been announced. With prizes totaling over $35,000, fans of the mega-popular FPS Red Orchestra 2: Heroes of Stalingrad took to creating original maps, as well as redesigning and reimagining their favorite ones which are available to download and play via the Steam Workshop. For details on the event’s outcome, here is an excerpt from Tripwire’s official press release:

“Tripwire Interactive are happy to announce the results of Breakout, the final phase of the Counterattack Mapping Contest for Red Orchestra 2. With over $35,000 in total prizes, the competition has been fierce. The first phase showed some serious skills from the mapping community – this final phase has stepped it up even further. Again, great fun to judge – and it looks like people have had great fun playing the maps. Don’t forget that the contest versions of the maps are available on Steam Workshop – and we aim to bring many of them into the fold as official RO2 maps in the future.

Firstly, for the Grand Prize, winning a further $5,000 and a unique, RO2-etched Origin Laptop (take a look at http://www.originpc.com/ to see just how special these things are), is Danh Truong’s Winterwald!

Next, the winners in the “Best Original Level” category are:

The other category was for “Best Remake”. Once again, it was great to see some old classics being remodeled and reimagined. The winners are:

We actually had a tie for third place, so we doubled up the prize:

We had Daniel Shannon contact the contest winners and get their views, so there is an interview with all the winners available on the RO2 website (http://www.heroesofstalingrad.com/counterattack-map-making-competition/mapping-contest-interviews/). A longer version, along with judges’ comments will be posted on the upcoming Tripwire Ladder website, which will be open for business soon!

For those who’ve never heard of Tripwire Interactive or Red Orchestra 2, here is a brief synopsis of the developer/publisher:

“Based in Roswell, Georgia, Tripwire Interactive is an entertainment software developer and publisher founded in 2005 by the award-winning mod team and winners of the 2004 edition of the “$1,000,000 Make Something Unreal” competition. The team released Red Orchestra: Ostfront 41-45, to both critical and commercial success, garnering several awards including “Multiplayer Game of the Year” and “FPS of the Year”. This was followed by the immensely popular Killing Floor, which went straight to the top of the best-seller list on Steam and has now sold over 1.6m units, making it one of the best-selling PC games of all time. Red Orchestra 2 was released in September 2011, to high praise and PC Gamer’s award for “FPS of the Year (Multiplayer)”. Along with publishing other Indie titles, Tripwire Interactive continues to build a reputation for strong support for all their titles over a prolonged period of time. For more information visit Tripwire Interactive’s website at www.tripwireinteractive.com.”

One of the main reasons I’m posting about Tripwire’s latest contest results is because of their humble origins. Hopefully you caught my article yesterday about the upcoming UK-based Gadget Show Live, a consumer electronics event featuring appearances by big-name studios like Capcom and Epic Games. If you did, you’d know that the event is home to Epic’s “Make Something Unreal” live tournament. That’s right, the folks at Tripwire started out as an mod team that found success during this very tournament, and have gone on to win numerous awards in the PC multiplayer category for their wonderful work with Red Orchestra 2. So when the folks behind Gadget Show Live discuss the tournament and mention that “The overall winner will take home the full source Unreal Engine 4 license, which effectively sets the victorious team up as a commercial games development studio,” you can believe that they’re not kidding around.

If you haven’t noticed, I’m a bit of a sucker for feel-good pieces about the gaming community working together to achieve success of any kind. That’s why I go out of my why to post about the latest crowdfunding efforts, or give you guys a heads up about the latest gaming-themed charity events ongoing around the world. In the case of Tripwire Interactive, it’s a really great story about a talented team who found success by working hard and believing in themselves enough to show up and participate in a tournament to showcase their skills. Now they’re making every effort to pay it forward, and I believe that’s worthy of praise.

So, to any aspiring creators/designers, I encourage you to get out there and give your dreams a chance. In order to find success, you have to put yourself out there for the entire world to see. You never know where you’ll end up, but I can guarantee you won’t achieve your dreams sitting around doing nothing.

Did any of you submit entries to the Counterattack Mapping Contest? If so, let us know where to find your map in the comments below. 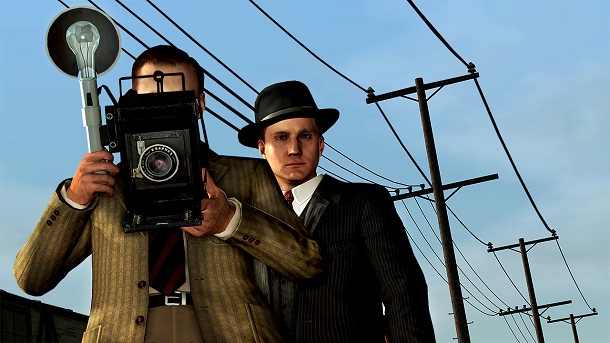