BioWare community manager Chris Priestly took to the official BioWare forums on Thursday to announce the final bits of DLC headed to Mass Effect 3 in the coming weeks. His first post detailed the last single-player DLC entitled “Citadel”, which will be released on March 5. Here’s what Priestly had to say about Commander Shepard’s final outing:

“All good things must come to an end, and that includes the Commander Shepard trilogy. However, just because it is coming to an end, that doesn’t mean we can’t go out with a bang. Introducing the final Mass Effect 3 single-player DLC: Citadel!

When a sinister conspiracy targets Commander Shepard, you and your team must uncover the truth, through battles and intrigue that range from the glamour of the Citadel’s Wards to the top-secret Council Archives.  Uncover the truth and fight alongside your squad – as well as the cast from the original Mass Effect and Mass Effect 2.

When the adventure is over, reconnect with your favorite characters from the Mass Effect Trilogy, try your luck at the Citadel’s Silver Coast Casino, blow off steam in the Armax Combat Arena, or explore and furnish Shepard’s own living quarters on the Citadel. With unique content and cinematics featuring your friends and romance interests in the Mass Effect trilogy, Mass Effect 3: Citadel offers one final chance to see the characters you have known for years and rekindle romances.”

As a bit of housekeeping, Priestly also mentioned that the DLC will release simultaneously on PC, PS3, and Xbox 360. However, folks in Europe will have to wait an extra day, as the content won’t release until March 6. For Xbox 360 owners, there’s also a bit of extra information you need to know about the DLC: According to Priestly, “the Citadel DLC pack will come as 2 downloads on Xbox Live. ME3 Citadel is larger than our previous DLC packs, so it had to be split into 2 downloads. The first pack is priced at $14.99 and the second pack is tagged as free. Players need to purchase and download pack 1, then download pack 2 at no additional cost. You can download pack 2 without purchasing pack one, but the DLC will not work. You will get an error message in game asking you to download pack 1. It will say ‘This DLC will only work in conjunction with Part 1 of Mass Effect™ 3: Citadel, which is split across 2 downloadable packages. Please purchase Part 1 prior to downloading Part 2 at no additional cost.’ This will not hurt your saved game but you will not be able to launch Citadel until you have both packs. This only effects Xbox 360 users. Citadel for the PC and PS3 is in one pack.“

Moving on to the multiplayer DLC, BioWare announced the final pack will be called “Reckoning”. In a separate forum post, Priestly gave the following synopsis and content details:

“Prepare for the Reckoning!  Newfound allies join the multiplayer war for survival in Mass Effect 3: Reckoning.  The Geth Juggernaut, Cabal Vanguard, Talon Mercenary, Alliance Infiltration Unit, and more take up arms to stop the Reaper threat.  Smash your enemies with the Biotic Hammer as you lay waste to the battlefield as the Krogan Warlord.

Hard to argue with free multiplayer DLC, so anyone still interested has little reason to pass up the opportunity to get back into the swing of things when the pack releases on Tuesday. I’ve yet to play any of the Mass Effect 3 story DLC, including the “Extended Cut” ending they released a few months back. I’ve been waiting for the final single-player content to release before downloading them all together and starting my customary insanity run-through that includes all story DLC. It’s just my way of sending Shepard’s trilogy off in a blaze of glory.

Will any of you be purchasing the upcoming DLC? How many of you are still actively playing ME3‘s multiplayer mode? I was surprised with how addictive and enjoyable it turned out to be, but as with any online mode, I eventually grew tired of it and moved on to different games. 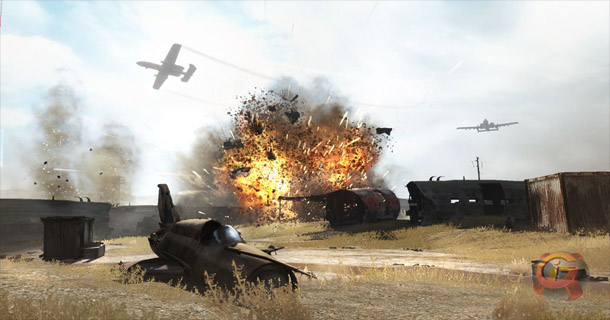