According to Siliconera, the latest issue of Japanese gaming mag Famitsu  has finally confirmed that the previously Wii U exclusive Ninja Gaiden 3: Razor’s Edge will be ported to the PS3 and Xbox 360.

Razor’s Edge features a number of improvements over the regular version of Ninja Gaiden 3, which was released for the Xbox 360 and PS3 last year to poor reviews. These improvements include improved enemy AI, less annoying quick time events, and the addition of Dead or Alive pin-ups Ayane and Kasumi as playable characters. While the fixes and additional content weren’t enough to win over most critics, most fans of the series agree that Razor’s Edge was still a substantial improvement over the original version of NG3.

It’s currently unclear whether the PS3 and Xbox 360 versions of Razor’s Edge will make it to Western shores: while Razor’s Edge was published by Tecmo Koei in Japan, the game was published as a Wii U exclusive in America and Europe by Nintendo themselves, and it’s currently unknown whether Nintendo still owns the publishing rights to the game in the West. It’s also currently unknown if existing owners of NG3 will be able to download the new content and fixes as DLC, or if they’ll have to buy the game all over again.

With that said, I really hope the port makes it over to American shores: I was really disappointed with Ninja Gaiden 3 when it was originally released, and as a fan of the series, I’d really like to be able to try the improved version of the game without having to buy a Wii U (I don’t own the system yet, and I probably won’t buy one until the holiday season or even later, depending on how the system’s library fills out.)

UPDATE – Tecmo Koei just confirmed that the PS3 and Xbox 360 versions of the Razor’s Edge will indeed make it to Western shores: Americans get a crack at the revamped game on April 2nd, while Europeans get it on April 5th. 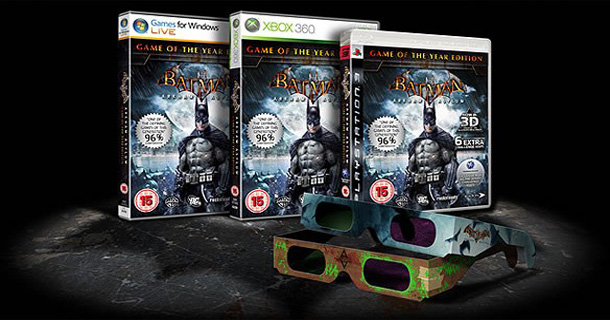 Has it been ten years already? Yes, as Nick pointed …