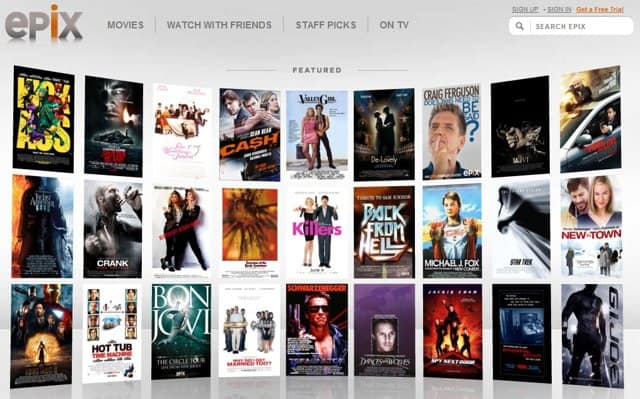 The Epix movie streaming service will be coming to the PS3 and PS Vita soon, Sony announced today. PS3 players will get access to Epix’s 3000 film library sometime during the first quarter of 2013, while Vita users will have to wait until Spring.

Epix is a Netflix like service that was started by three big Hollywood movie studios: Paramount, MGM, and Lionsgate. Since Epix has connections within the movie industry, the subscription-based service has managed to differentiate itself from other streaming services by getting new movies long before they appear on Netflix or other On Demand rental services, like Amazon Video or VUDU.

Signing up for Epix isn’t quite as easy as getting a Netflix or Amazon account though: in order to gain access to Epix’s massive library of movies, you’ll need to sign up for the service through your cable or satellite TV provider and add the channel to your cable package, similar to premium TV channels like HBO or Showtime.

From the Ashes will mark the the third DLC Pack …