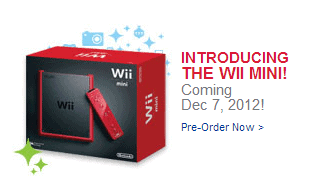 Best Buy’s latest weekly ad has revealed the existence of the Wii Mini, a new, substantially smaller redesign of the original (already tiny) Wii, which will apparently hit store shelves next week on Friday, December 7th.

The ad doesn’t list a price for the console, and I’m not sure how much lower Nintendo can price the original Wii while still turning a profit — a lot of retailers were selling the original Wii for around a hundred dollars this past Black Friday weekend (give or take ten or twenty dollars, depending on if it was bundled with something,) so I’d be genuinely surprised if this thing ends up costing more than $120. I’m not sure why you’d want to buy a Wii now that new releases for the system have completely dried up and the system’s successor, the Wii U, is available, but in case you somehow missed it earlier, I guess now you can buy Nintendo’s divisive but popular system in a stylish new shell.

This isn’t the first time that Nintendo has redesigned a console extremely late in its lifespan; both the NES and SNES got similarly tiny redesigns at the tail-end of their generations. While Wii sales have dramatically slowed in recent years, the system is still the overall sales leader of the current generation (if you want to count it as a direct competitor to the 360 and PS3,) having sold about 98 million consoles over the last 6 years, compared to the 360’s 70 million units sold and the PS3’s 70 million units shipped.

Nintendo has yet to officially announce the Wii Mini, despite the fact that it apparently launches next week, so we don’t know what accessories the Wii Mini comes with, its price, or if it features any differences from the standard Wii hardware besides its size.

Update: The Wii Mini has been officially announced by Nintendo and will be priced at $99 in Canada and presumably in America as well. This information was sent out via an official email from Nintendo Canada. On top of that, there is no Internet connectivity with the Wii Mini and it will not play Gamecube discs. It’s as bare bones as you can get.

Oh, and in case you do decide to pick up a Wii Mini next week and need some recommendations for games, check out my list of my 10 favorite Wii games. 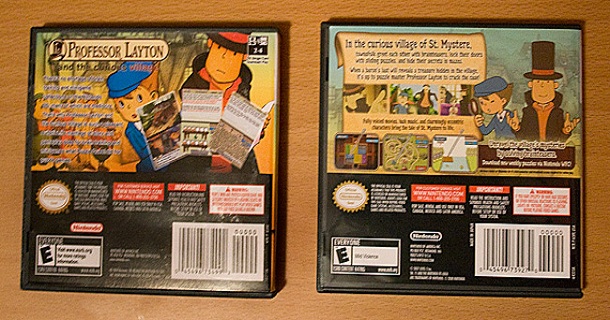