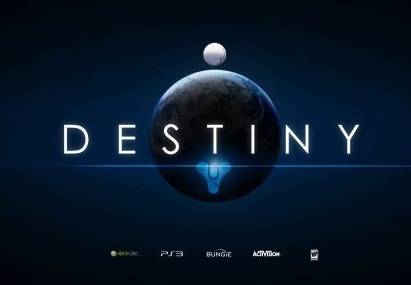 According to the IGN, the leaked documents they received describe Destiny’s story and setting like this:

“Our story begins seven hundred years from now in the Last City on Earth, in a Solar System littered with the ruins of man’s Golden Age. A massive, mysterious alien ship hangs overhead like a second Moon. No one knows where it came from or what it’s here for, but only that it’s our protector. Meanwhile, strange, alien monsters creep in from the edge of the universe, determined to take Earth and the Last City. We are young ‘knights’ tasked with defending the remains of humanity, discovering the source of these monsters and – eventually – overcoming it.”

More pics of Destiny can viewed at IGN.

The documents also suggest that Bungie is hoping to reach a wider audience with Destiny than it did with Halo, saying that the game will be “fun and accessible to all.” The game will also apparently have a social gaming element, though the leak doesn’t elaborate with any details. The leaked concept art seems to suggest that Destiny is a sci-fi themed shooter along the lines of Halo, though the doc doesn’t actually give any specifics about Destiny’s gameplay, so for all we know the game could be anything from a third person action game to an RTS.

As previous rumors suggested, Destiny is a multi-platform release currently scheduled to hit both the Xbox 360 and Playstation 3, making it Bungie’s first multiplatform release in over a decade. The leak also suggests that a next gen version of Destiny is already in the works for the next Xbox and the PS4.

It’s not really possible to judge a game based on so little info, but right now I’m cautiously optimistic that Bungie will create something special with Destiny: this is the studio that created the original Halo, so of course expectations are high. Halo revolutionized console FPS’s back when it was originally released, and it’ll be interesting to see how Bungie tries to top that with Destiny.

It was only a few weeks ago that we were …