Not to be confused with the full blown E-sports documentary that they are doing, Valve has released a 20 minute documentary surrounding the recently concluded Dota 2 International tournament. It’s almost like one of those old-school NFL shorts, giving an in-depth look into some of the players and teams. Valve is slowly turning into an entity that not only creates games, but one that promotes all other aspects of gaming – and apparently this includes making documentaries about the people who play their games – as well. It’s a great teaser for their full length E-sports documentary which was announced earlier this year, and shows that Valve’s talents are not just in the virtual world.

The only downside to this video, for me at least, is the fact that the Americans don’t normally do so hot in MOBA competitions, traditionally speaking. When it comes to Dota either Europe or China usually dominates the competition. As was the case this year as many of the qualifying teams were from both Europe and China, with only a handful from North America. That’s the point isn’t it? It really is a truly international tournament. Besides the Olympics, in what other sport do Americans, Europeans, and the Chinese face-off with one another with as much regularity as in E-Sports?

Surprising no one, on its first day of release Call of Duty: Black Ops 2 made about half a billion dollars in sales according to Venture Beat. Every year journalists and bloggers wonder if this will be the Call of Duty that flops or if it’s going to be another wild success; anyone hoping for a flop will have to wait another year. According to Activision Blizzard CEO Bobby Kotick this is this fourth year CoD will be the best selling game of the year. It’s so successful in fact that, according to Kotick, total lifetime CoD sales eclipse the worldwide theatrical box office sales for both Harry Potter and Star Wars. Ok Kotick, chill out.

It looks like League of Legends antiquated in-game store and HUD are about to get a much needed overhaul. While much of the game has changed since its release, the addition of dozens of heroes, items, and even a few graphical updates, some aspects of the HUD and the store haven’t been changed since release. The HUD changes are pretty much cosmetic, but they’ve streamlined the store’s items, making it all a bit more intuitive. Riot has been very conscious of lowering the difficulty level of the game for beginners, making the shop easier to navigate is a part of that. Someone will complain, but they always do. These were some much needed changes that might make it a bit easier for newer players to navigate.

Time magazine has released their All-Time 100 Video Games which features a whole bunch of titles one would expect such as Pong, Diablo II, Portal, but also includes a few I had to look up like Adventure and Hunt the Wumpus. To be fair I’ve never played either of those two games, so maybe they’re amazing and I’m just being silly. It’s like when someone mentions a really influential band that you’ve never heard of, they sound terrible, and you don’t know why anyone would like them. I guess they could be really influential, but I doubt that Adventure has much to do with anything in the future. The full list is interesting to say the least.

I have to admit I don’t know much about TF2’s in-game store. I know that Valve makes a lot of money off of it, it’s all based off of virtual goods, and that players can sometimes make money off of selling unique and silly hats. Well today I learned that if you’ve got the inclination you can add money laundering to that list as well. PC Gamer has a piece on how “Russian Mobsters,” a term which could just mean a couple of Russian thieves, have been using the TF2’s in-game shop to make a profit off of stolen credit card numbers. It’s a pretty complicated scam which was uncovered when someone on the Steamrep forums noticed a discrepancy in the price of Earbuds, a rare in-game hat. Apparently they purchase tons of keys with stolen credit cards, keys are then traded for Earbuds, and Earbuds are sold through PayPal. I’m really hoping the FBI will eventually get involved just so we can see them struggle to figure out what the hell is going on, and why “Russian Mobsters” are investing in virtual Apple headphones.

This weekend marks the beginning of Blizzard’s World Championship Tournament. It features competitive play in both Starcraft 2 and WoW’s PvP Arena, and for many players is the culmination of over a year long wait. Over 600 players of more than 60 nationalities have competed in over 30 global events to reach this weekend. Of those who competed to get here 32 Starcraft 2 players and 10 WoW PvP teams will compete for about $500,000 in prizes. It might not be as big as Dota 2’s International tournament, but it’s still a pretty large prize pool. The streams to watch are free and will begin tonight at 6pm. 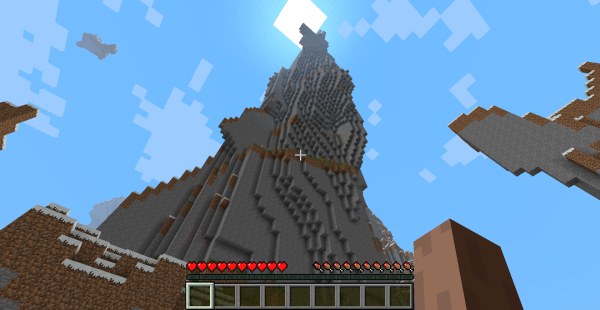