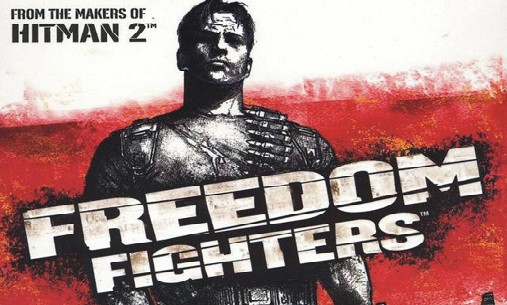 Latchkey Games is a (sort of) weekly article that takes a look at games that perhaps didn’t quite get the amount of love they deserved: whether it was a game that was panned on it’s initial release only to become a cult classic, one that stirred the ire of series fans, or simply a game that fell through the cracks and was forgotten by time or overshadowed by a more popular release. This week’s game is Freedom Fighters, a forgotten last-gen gem that blended fast paced, arcade-like third person shooting with light strategy elements.

Even though gamers like to throw the word “linear” around like a pejorative, the best selling “core” games this generation have been thoroughly linear experiences — fun as they are, let’s face it: the campaign missions in games like Call of Duty and its ilk are basically very elaborately designed hallways where ethnic stereotypes pop out at scripted points and you’re forced to shoot them. I enjoy these games as much as the next guy, but after a few years of playing these roller-coaster style scripted shooters, I’m starting to miss the days when FPS’ weren’t afraid to give you a little bit of freedom in terms of exploration and in terms of how you wanted to handle a situation.

Which brings us to today’s game, EA’s Freedom Fighters, which was originally released for the PC, PS2, Gamecube, and the original Xbox back in 2003. Where as modern shooters (in terms of single player, at least,) have limited player freedom in favor of delivering a cinematic experience, Freedom Fighters is a good example of how to make a shooter that’s rife with choices.

Set in alternate reality where the USSR won the Cold War, Freedom Fighters follows protagonist Chris Stone and his rag-tag band of uh, freedom fighters, as they battle to liberate New York City from its Commie occupation. While these days “Communist” has become a misappropriated, catch-all term that conservatives like to use as a label for any politicians or political policies they don’t like, Freedom Fighters keeps the Neo-McCarthyism to a minimum: it’s tone is decidedly campy and politically indifferent, similar to 80’s action movies like the Rambo sequels or Commando. There’s definitely a nationalistic “America vs. THEM” attitude here, but the game’s tone is goofy enough that it comes off more as cartoonish rather than sounding like the developers were trying to further any particular political agenda.

The “Freedom” in Freedom Fighters just doesn’t represent the thematic struggle against the Red Army either: in terms of gameplay, FF gives you a lot more freedom that most other dedicated shooters. Developed by the same team that made the Hitman games, Freedom Fighters features a similar mix of action and adventure elements: you’re often given a choice of multiple levels to play through in any order you chose, and the order in which you tackle each objective actually effects the entire game world. For instance, if you take out the Soviets’ helicopter staging area first, you won’t have to worry about them calling in air strikes when you play subsequent levels. Most levels can’t be 100% completed in one visit either: you’ll often need to free a hostage or steal a piece of equipment from one stage in order to make progress in another area. These choices are actually just minor deviations from the usual shooter formula, but they go a long way into making you feel like you’re actually fighting a war instead of just being guided down a single track.

In addition to having to decide what objectives to tackle first, the game also adds some light squad-based strategy to the mix: while Stone starts off as a lone commando, the game eventually puts you in charge of an ever-growing squad of rebels (up to 12 in total,) who you can issue orders to on the fly. The level of strategy is never as deep as you’d get in a Rainbow Six or XCom game, but it is enough to add an interesting layer of depth to the game’s firefights. While you’re limited to three commands – follow, attack, and defend – the game’s AI is competent enough that they’ll fall back when under fire, and they’ll give you covering fire and try to protect you while you complete objectives. The game’s actual shooting mechanics are kind of lackluster by modern standards — there’s no dedicated cover system or regenerating health, so your best option is to either keep moving or stand behind a big wall in order to avoid getting shot up — but the game’s strategy elements help turn what could have been a shallow run-and-gun into a surprisingly satisfying, tactical experience.

Of course, Freedom Fighters isn’t perfect – since the enemies start off strong and get weaker as you complete objectives, the game is actually pretty hard at the beginning and then gets progressively easier as your squad fills out and you disable more parts of the Soviet war machine. The game is also really short: once you get the hang of its various gameplay systems, you can probably blow through the game’s entire campaign in a single afternoon.

Despite those flaws those, Freedom Fighters is still definitely worth going back to. Once you get over the initial difficulty spike, the game is simply a blast to play, and it’s a good example that not all dedicated shooting games have to be mindless corridor shooters. The game’s length will definitely leave you wanting more, but considering you can pick up used copies of Freedom Fighters for just a few bucks nowadays, that flaw is excusable. If you want a solid shooter that’ll work your cerebral skills as well as your reflexes, give Freedom Fighters a shot. 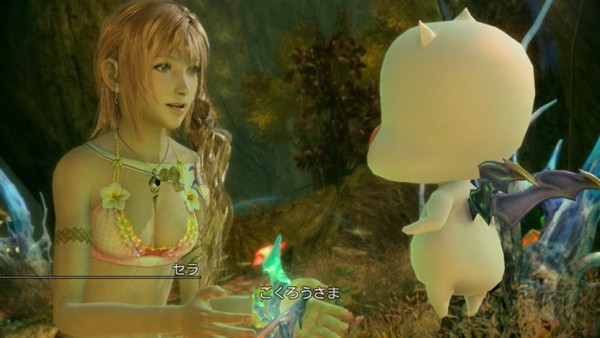