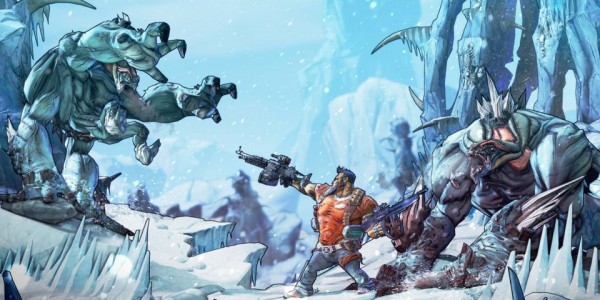 The NPD Group has finished tallying sales figures from September, and things are starting to look up for the games industry: total industry sales were up 67% from August’s disappointingly weak figures.

September was a good month for EA in particular: the company published five of this month’s top 10 titles, including the overall best-selling game of the month, Madden 13. It was a big month for sports games of all kinds, as the latest Fifa, NCAA, and NHL games all managed to debut within the top 10 as well. Last year’s Battlefield 3 has proven to be a title with some staying power for EA, as the new Ultimate Edition re-release managed to propel the game back into the top 10. EA may be the publisher that gamers love to hate, but as long as they keep selling games at this rate, they won’t be going away anytime soon.

EA probably isn’t happy that they missed out out on another season of basketball, though. 2k Games’ NBA 2k13 was released after the current NPD report was tallied, so it was too late to show up on this month’s sales charts, but it’s a guaranteed to make an appearance on the next NPD Top 10. EA once again failed to deliver a brand new basketball game this year, so 2K Games pretty much has free reign over the courts for another year: the publisher has already announced that 2K13 is “setting franchise records,” and could go on to become one of the best selling b-ball games ever.

The same cannot be said for Majesco’s NBA Ballers Beats, the Kinect exclusive game that tried to mix motion-controlled basketball (that required players to use an actual basketball,) and music based rhythm games. The game was probably best known for allegedly faking Twitter followers in order to make the game appear to be more popular, but according to Joystiq, Ballers Beats has only managed to sell 3,000 copies so far. Ouch.

In happier news, Borderlands 2 has already managed to become one of the biggest successes of the year, selling over 1.4 million copies in its debut month. Publisher 2k Games is already bragging that BL2 is selling 247 percent faster than the original Borderlands did, and I think the series’s status as one of gaming’s key franchises is pretty much secured at this point.

In terms of hardware, both Microsoft and Nintendo have a lot to be happy about: The Xbox 360 was once again the top selling console of the month, accounting for a whopping 49 percent of all gaming hardware sold. Nintendo also reported that the 3DS is continuing its upward trend in popularity: while the company’s latest handheld got off to a rocky start, the system’s sales are up 89% from this time last year. NPD Analyst Liam Callahan predicts that projected strong sales for Nintendo’s upcoming Wii U console may be enough to “reinvigorate” the mostly tepid sales that the game industry has suffered for most of 2012.

Next month’s NPD numbers are sure to be interesting, as October was a big month in terms of new releases. It’ll be interesting to see if Resident Evil 6’s mixed reception will have any impact on its sales (doubtful, I still think it’ll sell a million copies at least,) and hopefully Bethesda’s brand new IP Dishonered (which is getting rave reviews, by the way,) will manage to crack the top 10. I’m also curious to see how the new XCOM performs with modern audiences. October 30th also marks the release of Assassins’ Creed 3, a title that is sure to become one of the best selling titles of the year. I’m super hyped for AC3, and I’ve been counting the days until it’s released. Anyway, check back here in a month to see how October turned out.

Another part to DICE’s series of trailers was released today, …