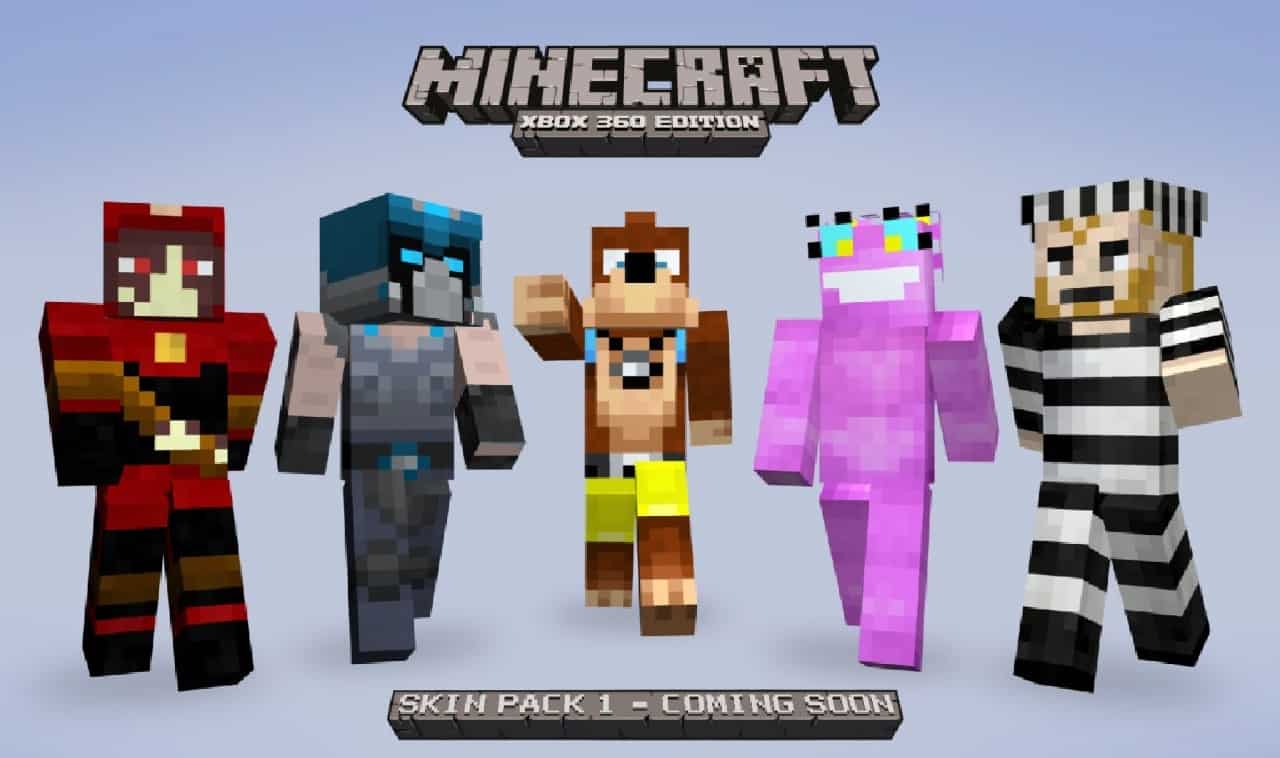 If you have been waiting around for the newest Minecraft skin pack to arrive, you can finally stop waiting and get it.  Microsoft has finally released the new skin pack which includes 45 skins for Minecraft: Xbox 360 Edition.  Players that feel like downloading the new skin packs can do so for just 160 Microsoft Points (or about $2) the minute it is released on Friday.  The new skin pack will brings skins to your character like those from Gears of War, Jet Force Gemini and Left4Dead just to name a couple.  You can find the total list of character skins online quite easily.

Character skins add a whole new element to the game and the fact that we get to see a second pack is just evidence that players liked the first pack of skins.  Character skins basically make your miner look like a character from another video game, like the one couple listed above.  Some of the more popular skins include Joanna Dark from Perfect Dark, Damon Baird from Gears of War and Agent Level 5 from Crackdown 2.  When the new skin pack arrives on Friday, we will see if it will be received as well as the first one was.

The first skin pack was released earlier this year in July and the list included the likes of Hero from Fable Heros, Squidman, Biker from Trials Evolution, Klungo from Banjo-Kazooie, a nurse, prisoner and King just to name a couple from the list.  The first skin pack also contained 45 skins, just like this new one will.