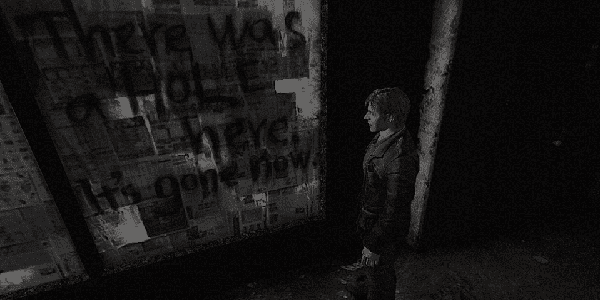 It’s not unusual for a modern game to ship with a few bugs (or a lot of bugs, if you’re playing a Bethesda game,) and most gamers have unfortunately been forced to tolerate this reality with the expectation that most (if not all) major issues will eventually be ironed out with a patch or two. Konami released the very half-assed and very bug-ridden Silent Hill HD Collection back in March, and most gamers assumed that the game’s numerous issues would be fixed with a patch eventually. Well, it turns out they won’t.

In a statement released by Konami today, the company finally addressed the issue of when the game would be getting patched:

“Today, Konami Digital Entertainment, Inc. announced that while a PlayStation®3 online title update for Silent Hill HD Collection has been deployed for download via PlayStation®Network, plans for an XBOX®360 title update have been cancelled due to technical issues and resources.”

TL;DR version: Don’t expect this game to be truly fixed, ever. Konami has outright cancelled any plans to fix the Xbox 360 version of the game, so if you were unfortunate enough to buy Silent Hill on Xbox 360, you’re shit out of luck.. PS3 owners can take some solace in that they have access to a patch that fixes some of the game’s audio and framerate issues, but Sony fanboys still don’t have much to gloat about: the patch still doesn’t address the myriad of graphical issues that plague the so-called “HD” versions of these classic games. Basically, Konami is aware that the game has problems, but they don’t won’t to spend the money required to fix the game that you paid for.

Silent Hill is probably my second-favorite Konami series (behind Castlevania, of course,) so it’s really infuriating to see Konami handle each new release in the franchise with so little care and effort.  Silent Hill 2 and 3 are great games (2 especially,) so I’d still recommend that anyone who’s a fan of horror games track these two classics down, but you might want to save yourself some frustration and get the superior PS2 originals instead of the shovelware on Xbox 360 and PS3 that Konami is trying to pass off as their “HD” remasters.