Ok, so remember a few weeks ago when I wrote about the Two Guys from Andromeda, Mark Crowe and Scott Murphy, making a Space Quest reboot without the help of Kickstarter? Well now they have a one. It seems that their pre-Kickstarter buzz has done a fairly good job of getting the ball rolling without actually starting the clock, in only a little over a week the Two Guys have raised over $150,000 for another classic adventure game. That’s pretty damn good especially considering that these two haven’t made a game in over 20 years.

It seems that the promise of making a game they like, without publishers, and funded by the fans was too much for the duo to stay away. According to them the ease in which people can download titles straight to their digital devices combined with Kickstarter is “helping dreams come true for so many of us.” Although they are speaking about themselves and those they work with, the sentiment can be translated to others in the game industry as well.

They spent some time gathering a list of what fans of the series want to see from this new reboot including some more up-to-date pop cultural references, hilarious death sequences, and the return of Gary Owens and others for the game’s narration and voiceovers. They’ve even made a deal with those backing the project; each $100,000 milestone will see the release prototypes of the game as direct by the Two Guys.

Of course there are some radical prizes as well. These include the now standard T-shirts, soundtrack, and signed swag, but once you hit $1,000 they start to get a little more personal. For instance, Mark Crowe will drawn a portrait of you as an alien and send you a high resolution copy; pony-up the max and they’ll turn that picture into a fully fledged in-game character, complete with a death that is designed by you, considering it is humorous enough.

This may seem like the same story over and over again, but with each successful project Kickstarter becomes more and more a middle of the road games, games that don’t quite cost a million, yet still need quite a bit of cash. While the Two Guys are asking for a cool $500,000, with 28 days left to go it looks Kickstarter is going to help yet another reboot get made. 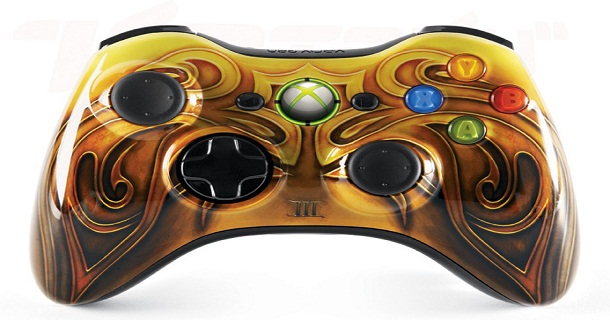