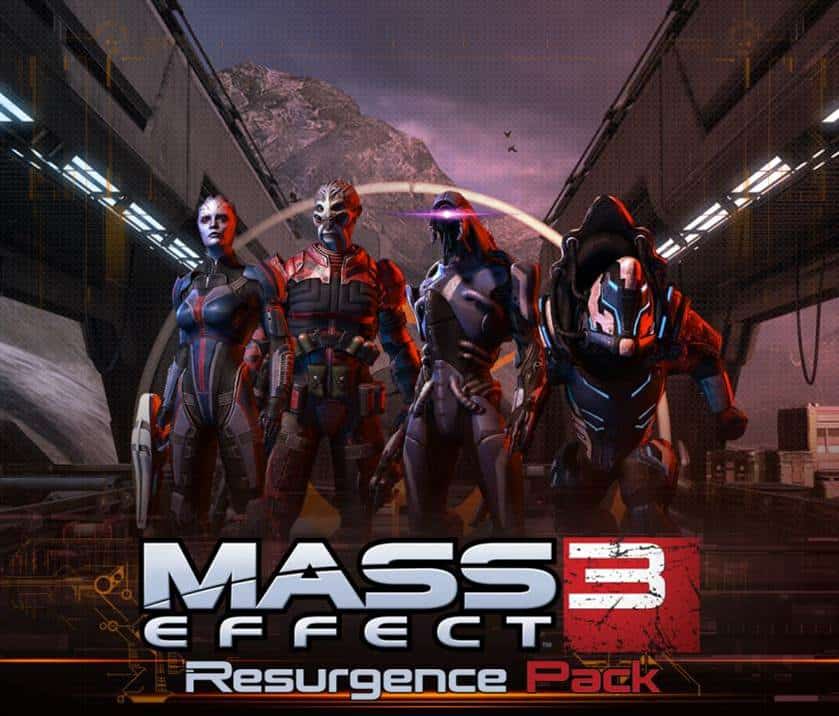 Earlier this week Bioware announced that they would “expand” Mass Effect 3’s divisive ending with a new DLC chapter that will hopefully get the legions of angry fanboys on the internet to put down their pitchforks. In a further gesture of good will, Bioware will also be providing the game’s first multiplayer expansion, entitled the “Resurgence Pack” for free as well.The DLC pack includes two new maps: the first map is set inside a Quarian power plant, while the second map takes place in a Turian base. I’m guessing that these maps will probably reuse visual assets from the single player missions set on Rannoch and Palaven’s moon, so fans who’ve already played through the single player game should know what to expect, at least visually, from the new maps.

In addition to the new maps, the DLC pack will include 6 new character classes: the brutish Krogans gain access to the Vanguard class (Krogan defenses + biotic charge sounds like a win button in my book,) and the Asari unlock the Adept class. The remaining new classes also come from two new races: the previously antagonistic Geth and Batarians. The misunderstood synthetic Geth predictably have access to the tech focused  Engineer and Infiltrator classes, while the Batarians are able to take the roles of the Soldier and Sentinel classes. Bioware has yet to reveal what the new races special abilities will be, or how players will be able to differentiate Geth players from Geth enemies (is it racist to say they all look the same?)

Allow me to editorialize for a moment: hopefully Mass Effect 3’s parade of free new content will put an end to the never ending chorus of (sometimes legitimate, often times not) complaints  that have filled the internet since the game’s release, but previous experience in situations like this has taught me not to hold my breath in nerd-rage fueled situations like this.

Yes, EA is an exploitative publisher who has committed more than their fair share of bad business decisions, but at the same time, a lot of the bitching about Mass Effect 3 really does come from a group of entitled whiners who seem to latch onto any reason they can find to stay mad about this game. I’m not particularly fond of either side in this ridiculous “controversy,” but hopefully once this situation blows over both EA and the childish lynch mob dedicated to EA/Bioware’s downfall will learn a few lessons about how not to be a terrible (arguably the worst) videogame publisher or how not to be a spoiled brat who thinks everybody “owes” them something… and when that happens, maybe we can get back to the business of talking about games based on their actual merits, and not the (admittedly questionable) business decisions surrounding their release.