Well phooey; it looks as Microsoft won’t be unveiling any information about the next-gen console that everyone assumes is in the works. According to Venture Beat, not only will there be no new information at E3, they’ve also stated that there will not be any information regarding new Xbox hardware “anytime soon.” This isn’t too surprising as rumors of longer console cycles have been floating around now for a few years. Hopefully the extra time spent on new hardware will prevent millions of ruined Christmases and Birthdays due to red rings of death.

Considering our current-gen Xbox sold 426,000 units last month, Microsoft most likely doesn’t want to cut into its own market with a new console. February also marks the 14th consecutive month as the world’s top selling console, so really why mess with what’s currently working.

This may also pose some technical production problems for developers as they have to plan years in advance for AAA titles that require prior knowledge of what the tech can do. But some, like Epic’s Cliff Bleszinski, believe that the aging Xbox 360 still has some potential left. In an interview with Edge Magazine, Bleszinski says with “creative programming” anything can still be done any platform, “With creative programming you can squeeze anything out of any given platform.”

Regardless of how optimistic some are, they can only hold out for so long. It could be a game of chicken between Sony and Microsoft, as they’ll both most likely hold out as long as they can in order to steal some of the spotlight from the other. Still we all know how important release titles are, and since they normally take a few years to develop, especially on new tech, someone is going to have to make an announcement soon in order for developers to get cracking. 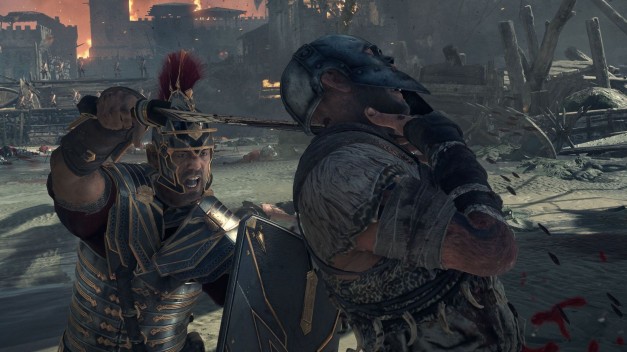 Ryse one of the few next-gen console games at E3 …