PC gamers are sticklers and fickle. It has been hard to move the more hard-core ones from the keyboard and mouse combination that are the ultimate tools of a gaming enthusiast, but the tablet concept that has moved into the computing world is forcing even the die-hard bunch to face the fact that “in-the-not-so-distant” future they will have to join the Smartphone and tablet generation. Enter the Razer PC Gaming tablet which has created more than just a buzz in the gaming world with genuine excitement and intrigue. There is nothing like a product launch that comes cloaked in a mysterious form of a “project” named Fiona. Project Fiona was announced at CES. Project Fiona is a concept that Razer is testing judging by their enthusiasm. Most of the details are still shrouded in mystery and are expected to change as the design of the tablet continues to evolve. The little that is known is that it’s operating a Windows 7 system which could be replaced soon by a Windows 8 Os. The Razer tablet runs on a Core-i7 Intel processor.

In a sneak preview, the Razer tablet was shown to a number of techno geeks and the lucky few who got the invite. The general reviews from those who have been lucky enough to see and hold the prototype is that it is slick, all 3 pounds of it. The joysticks might need some getting used to but once you get the hang of things it feels like the nicest, lightest most comfortable hand held gaming device ever. Unfortunately, unlike other portable gaming devices like the PlayStation, it cannot be turned into a media device, at least not the current design.

The Prototype also plays smooth graphics, does not crank up slowly or drop frames, which is a good thing for gaming enthusiasts. Just don’t expect to make this your primary reading or media device.  It looks good and those who got to hold and test drive it a bit say it feels great. The good thing about project Fiona is that it is still in development phase and it seems to appeal to the needs of gaming enthusiasts and knowing that it is evolving makes it that much more exciting. The curious and those of us who have had a tantalizing sneak preview of things to come will be sitting on pins and needles until the Razer is brought to market in a year. We wait with bated breath to see what this innovative gaming tablet will morph into. 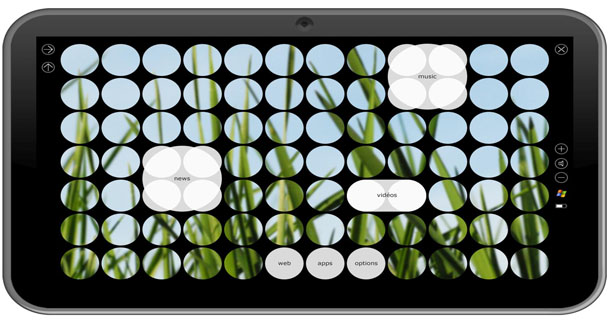