Home
Gaming News
The Neo Geo is Back! (Sort Of.) 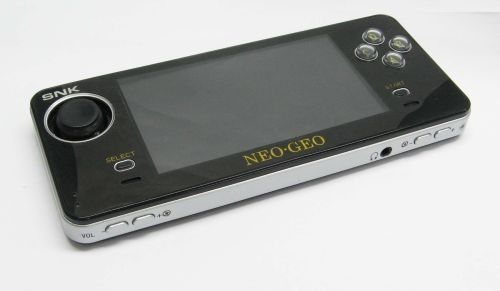 You guys remember the Neo Geo Pocket? It was a short-lived competitor to the Game Boy Color that was home to some of the best (and sadly, most overlooked) handheld games of all time, such as Cardfighters Clash and some surprisingly faithful ports of SNK fighting franchises like The King of Fighters and Last Blade. While it never sold well enough to warrant continued support, for awhile it was the only handheld that had any worthwhile fighting games on it, and it retains a dedicated cult following to this day.

Though SNK officially bowed out of the console market since then, they’ve licensed out the Neo Geo name and some of its best games for a new Neo Geo branded portable device. Unfortunately, it’s not a “real” handheld gaming machine a-la the 3DS or Vita, but a standalone device that plays built-in, emulated ROMs of some of the Neo Geo arcade system’s best games, listed below:

While it’s a pretty eclectic mix of SNK’s best and uh, not-so-best (*cough* World Heroes *cough*) franchises, the selection of games seems limited to earlier Neo Geo releases. Perhaps the SD card slot pictured on the side of the new hardware will allow users to add more games to the system? It may just be wishful thinking, but I would kill for a portable version of later Neo Geo titles like Garou: Mark of the Wolves or Metal Slug 3. 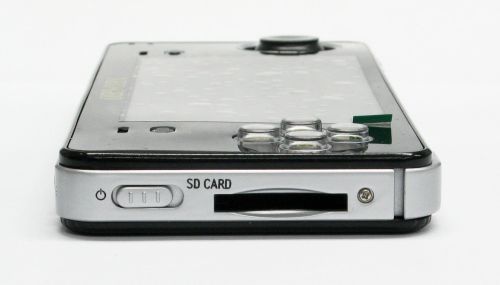 The system also has a port at the top of the unit labelled “AV Out,” which suggests that it will be able to display its games on a full TV screen as they were originally intended to be seen. Hopefully the hardware will be powerful enough to upscale the image for HDtv’s. In addition to that, the system sports the usual SNK style four button set-up, as well as the return of the Neo Geo Pocket’s lauded “click-stick,” which should make playing fighting games on the system feel as natural as playing them with a real arcade stick. The system also has two sets of shoulder buttons, though I’m not sure what they’d be used for since most Neo Geo games were limited to four buttons.

No price or release date for the new device has been announced just yet, but considering that the system is apparently pre-loaded with the US, English versions of all these games, I think it’s safe to assume that the device is being planned for release outside of Japan as well.