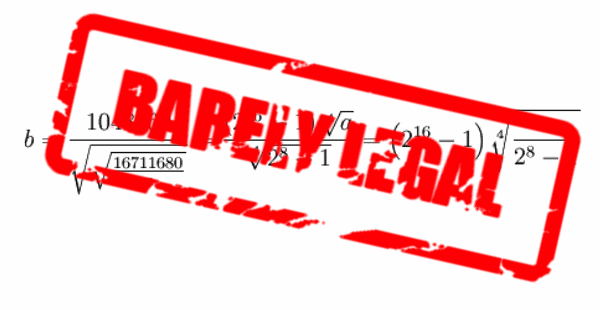 If you’ve been on the internet for any amount of time, you’ll know that the three video obsessions in the gaming are: speed runs, glitch videos, and “Let’s Plays”. These videos, on their own, involve someone blazing through a game as quickly as possible, playing the game normally or under certain conditions and experiencing oddities, or breaking it to where the game barely functions as intended. I’ve watched many speed runs and Let’s Plays, but I’m more interested in the commentary than the actual footage.

Speed runs often rely on mechanic exploitation of the game to bypass areas, do extreme amounts of damage, or manipulate luck. For instance, speed runs of Shining Force 2 go into detail on how the enemy mechanics and random number generation(RNG) changes actually work. Some ROMhacking, on my part, finds that the counter rate and other calculations, in Shining Force 2, are based on a 1/4, 1/8, 1/16, or 1/32 chance. Additionally, I found that all spellcasting enemies do indeed “cheat” in the game by having the Wizard multiplier for spell damage (which is also editable mind you with ROMhacking). This information is useful for modders and ROMhackers, in addition to being geek porn, as knowledge of how the engine works makes for much better planning of mods.

A good Let’s Player does one of two things, make a playthrough of a game absolutely hilarious, or go into extreme detail about the game and how it works. For example, this Advance Wars LP shows how broken the game can be at times. Those with interests in game design often flock to the videos that show off the most flaws in programming while commentators bring it down to the formula level.

Speaking of formula, that picture with Barely Legal stamped on it is the “shake”(catch rate) probability of Generation 3 and 4 Pokemon games. You can read the whole thing here.

It’s rare that a game gives the player easy access to the actual mechanics of how the game works. An example of one that does is Ratchet & Clank 2: Going Commando, which has a Developer Room that contains multiple recordings from the staff, cut content, and some things you can play with the variables of. Though the amount of gamers interested in these kinds of things haven’t been properly measured to my knowledge, it’s always a good thing to have access to in any game.

Glitch videos however are goldmines for in depth information, especially ones that explain the faults. Pokemon for example, everyone knows the Missingno glitch. How does it work? Well when the Old Man shows you how to catch a Pokemon, it changes your name to OLD MAN for battle purposes. Because of limited space on a Gameboy cart, it had to store your name somwhere, and it put it in the Pokemon Encounter variables. This variable changes accordingly when you enter a new area with wild Pokemon, with one exception. Cinnabar Island’s beach.

The east coast of Cinnabar is flagged to allow Pokemon encounters, but it’s not flagged to change the encounters until you move one space to the right into the water itself. This small oversight in game design has a chance of calling an invalid Pokemon that has programming that doesn’t edit the correct variables, resulting in item duplication and great harm to the game if caught.

This Bubsy glitch video, as another example, is hardcore geek porn to me by going into details on a frame level. Though I didn’t like the game an awful lot, I immensely enjoyed the video for its mechanics. The insight someone can gain from a game by knowing the finer points of the engine, or commentary, from a Let’s Player or developer of the game can be much more entertaining than the game itself, once you’ve completed it a few times. Developers should take note of this, as the gamers who want to know how a game ticks absolutely love this kind of thing.