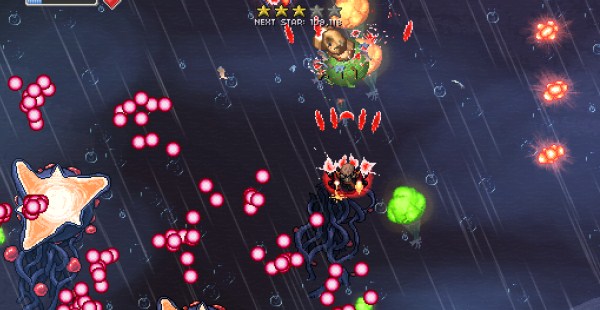 A steampunk alternate-history vertical bullet hell shooter. Jamestown is a very interesting concept and a very good indie game that’s worth getting if you ever get the chance. I had received the Humble Indie Bundle 4 from a generous person when it came out, and Jamestown, one of bundles titles, and I had overlooked it right away, though, after later installing it, I found a very good game.

Jamestown is set in the 17th century on Mars, which has been colonized by the British and is in the middle of a war between the British, the Spanish, and the Martians. Walter Raleigh is the main protagonist, a fugitive who wishes to mount an assault on the Spaniards and the Martians to get a reprieve from his awaiting execution. That’s really as deep as it gets as shooters are generally about the gameplay and stylish graphics.

As I mentioned, the graphics of Jamestown are quite stylish, combining steampunk with aliens. It is quite common for the steampunk genre to be set hundreds, even thousands of years ahead of schedule. The few human characters that appear have small cartoonish sprites, and the story sequences are told through a more detailed art style. Like all shooters, the special effects involve multiple explosions all over the screen as you make mincemeat out of the legions of targets regardless of their affiliation. The art is very stylish, and one of its strongest points.

This is where Jamestown shines strongest, even above the gameplay. The music is one of the most incredible soundtracks I’ve heard from last year. The music uses many acoustic instruments and though the stages don’t fit to the music, it never seems to be out of place. The composer is Francisco Cerda who works from Chilie, and shows great promise as a composer. Though many shooters are partial to chiptunes, Jamestown went for an orchestrated sound that is a true pleasure to listen to.

Now to the meat of it. Jamestown is a bullet hell shooter inspired by developers like CAVE. Ever seen a Youtube clip called THE HARDEST VIDEOGAME BOSS EVER floating around? That’s the kind of genre Jamestown is in, but is not completely ridiculous in its difficulty.

Jamestown can be played singleplayer or with up to four people playing locally. The gameplay involves navigating one of four ships, each completely unique and of varying styles to clear the stage. Which one is the best is really down to your playing style and preference. As is standard for the genre, you destroy enemies, grab their drops, and get the high score. Grabbing enough drops fills up your Vaunt meter, and when activated you get an invincibility shield for a period of time as well as double points. Keeping the Vaunt meter filled during a Vaunt (what the Hell does Vaunt even mean?) is crucial to getting the highest scores.

Though Jamestown only has five stages total which are very short, the action is non-stop and of a good degree of challenge. Seasoned bullet hell shooter veterans will scoff at any difficulty setting this game can throw at them, but that brings me onto my next point. If you have seen videos of bullet hell games like Touhou or Mushihimesama, you would probably brand it impossible. Jamestown is actually a very accessible game as far as the genre goes, providing a challenge but not being completely absurd.

There are no real powerups in the game, just four ships with two attack modes. The game is very balanced and goes at a smooth pace so you never feel truly overwhelmed at any time.

+ Excellent visuals and music with a very distinct style and theme.
+ Not absurdly difficult like other games in this genre. Very accessible.
+ Easy to get into and doesn’t overstay its welcome.
+ Large amounts of challenges for those who want more.

– I might be biased on this due to my own skill, but I found the game to be far too easy.
– Lack of online multiplayer is a bit of a letdown. 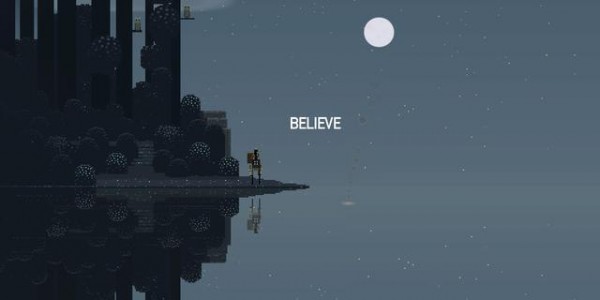