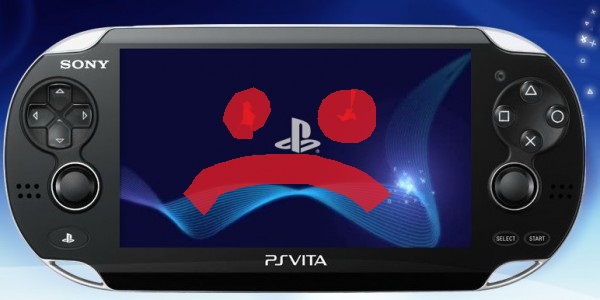 While American sales analysts only reveal sales figures once a month, Japanese retailers reveal their sales figures on a weekly basis. So who won and lost in Japan’s games market this week? Well, let’s just say it was a bad week for Sony and a very good one for Nintendo.

Sales of Sony’s brand new Vita handheld system took a nosedive this week, despite only being 2 weeks old; after selling a respectable 325,000 units at launch, excitement for the system seems to have tapered off somewhat quickly, with Sony only managing to sell 72,000 additional units of the cutting-edge system this week. To put that in perspective, the 3DS managed to sell an additional 209,000 systems in it’s second week, after a slightly stronger launch of 374,000 units sold. Retailers blamed the system’s quickly fading hype on a high retail price plus a lack of “killer” games. When asked to comment about the system’s sudden drop-off in sales, Sony gave financial news site Bloomberg the standard “no comment” response.

The 3DS meanwhile, continues to capitalize on the popularity of games like Mario Kart 7 and Monster Hunter 3G, and had it’s been week in sales ever, managing to move 482,000 new systems off of store shelves. Nintendo is bragging that the system has crossed the 4 million mark in Japan, 2 months ahead of their projected sales goals.

The 3DS wasn’t the only system to outsell the Vita this week though: Japan still apparently loves the PSP even though it’s apparent successor is out, as Sony’s original handheld managed to place second in sales this week. The Wii and the PS3 came in third and fourth place respectively, which is a surprise, considering that the Wii is pretty much a dead system at this point, as both Nintendo and third-parties shift focus onto the upcoming Wii U.

Surprisingly, Nintendo dominated software sales this week, with 3DS and Wii games managing to own 8 spots in this week’s top 10; new PS3 release Musuo Orochi Z (the latest entry in the Dynasty Warriors franchise) placed 2nd while Final Fantasy XIII-2 continued to maintain healthy sales in its second week and came in at fifth. Meanwhile, as stated earlier, Nintendo had a lot to be happy about, with Mario Kart 7 being the best selling game of the week, and Super Mario 3D Land and Monster Hunter 3G continue to have strong sales, coming in at 3rd and 4th respectively, despite being several weeks older than any other game on the top five. Adding to Sony’s Vita woes is the fact that no Vita games made it into the top 20 this week, though I suppose they can still maintain some level of comfort thanks to still strong PS3 software sales.

Now, before you Nintendo fanboys start gloating over Nintendo’s recent successes and Sony’s apparent failure, keep in mind that the 3DS was met with similar doom-and-gloom forecasts when it’s initial sales were less than expected, and now, just a scant few months later, the 3DS is easily Japan’s most popular system. The recent success of the 3DS can be attributed to one thing: games. The system is selling now because of quality titles like Super Mario 3D Land and Monster Hunter, and Sony will need a killer-app if it wants to turn the Vita’s fortunes around; while Uncharted is undoubtedly a great game, its never been a system seller, and Sony is going to need something more exciting than Hot Shots Golf in order to convince the average consumer to drop $250 for their new system. With Capcom’s Monster Hunter series now firmly secured by Nintendo, Sony can no longer rely on Japan’s Monster Hunter fever to sell systems as they did with the PSP.