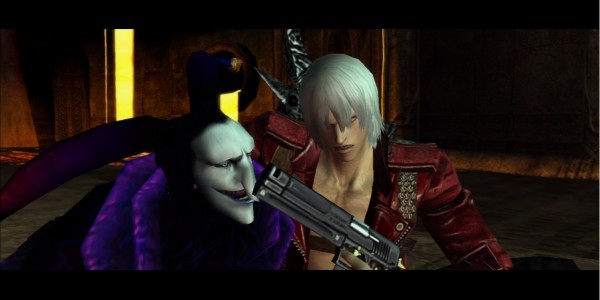 While the next Devil May Cry may be a reboot, that doesn’t mean games in the original continuity aren’t worth playing– And Capcom is giving gamers the opportunity to play through the original Dante’s adventures with an HD collection of the first 3 Devil May Cry games, which will be available next April for PS3 and Xbox 360 for a mere $40.

Capcom is promising the usual upgrades for this HD collection: upscaled, 1080p graphics, achievement/trophy support, and some “bonus material,” though Capcom isn’t saying exactly what that entails.

In case you’ve somehow missed them, the original DMC and the 3rd game are absolute classics: the original Devil May Cry standardized the formula that later “character action games” (as Japanese developers like to call them) like Ninja Gaiden and Bayonetta would follow, and the 3rd game perfected that formula. Devil May Cry 2, however, remains the unloved middle child of the series, and no one would blame you for skipping that.