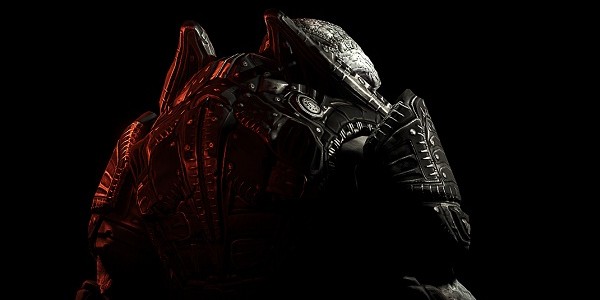 Gears of War 3’s “RAAMS Shadow” DLC launched today to kick of Gearsmas 2011. For the first crack at campaign DLC for Gears 3, it is fantastic. Epic places you in the boots of Zeta squad, a familiar yet fresh 4 man wrecking crew for the COG. The content take place prior to the events of Gears 1, just after E day, but also still ties in some familiar environments and faces.

Over this 5-chapter romp through Sera, you will have a chance to defend a new city called Ilima. Your time spent here will be defending civilians, protecting evacuation scenarios, and also you finally get a chance to play as General RAAM. During chapter 2, you first take hold of the classic boss character from Gears of War 1. He is a badass and nothing short of it, whether you use the new “Kryl Finger” or his version of a bayonet charge, RAAM shreds anything he touches. RAAM is powerful and a blast to play as. Think of beast mode without the restraints of a multiplayer map. RAAM is not the only new playable character throughout RAAMS Shadow.

Zeta squad is made up of classic characters like Tai Kalis from Gears 2 and Minh Young Kim, but also introduces new faces like Michael Barrick and Alicia Valera. This is a fresh squad that seems to take a new attitude to their time spent in the COG. These characters are fresh and point out that there are plenty of interesting stories to tell even if Delta Squad isn’t present. I for one was happy to see that content like this can pave the way for more expanded story in the gears universe. Like don’t get me wrong, I love Dom and Marcus, but this content is fresh and much needed in the Gears Universe.

Gameplay wise, this is your classic Gears of War. If anything this DLC may remind you more of your time spent with Gears of War 1. Thanks to crumbling City Street, emergence holes, and classic locust enemies, RAAMS shadow certainly separates itself from the stand-alone Gear 3 experience. Zeta squad has a few new tools at their disposal as well; most noticeable would be the command center hammer of dawn. This is a top down version of the classic hammer of dawn, which allows you to target enemies from a top down perspective, according to Epic; this is how the Hammer was designed.

The city streets of Ilima are very reminiscent of the first act of Gears of War 1, which is personally still my favorite gameplay chunk of the entire series. Massive circular fountains, crumbling concrete pillars, and human based environments to destroy are all through out your time spent in RAAMS Shadow. Ilima seems to capture something old and something new at the same time, which makes for a classic experience rich with nostalgia from six years ago.

If you are a fan of Gears of War and the great stories that are told, this is for sure worth your time over the holidays. I for one had a great experience and cannot wait to have new stories told in the future in this great Epic universe. IF you enjoy your time spent in Gears of War 3, this is great pick up and definitely is worth your time. This DLC just launched today, so some spoilers and details have been left out for you to discover on your own, now go play some gears!

The galaxy far, far way is about to get a …