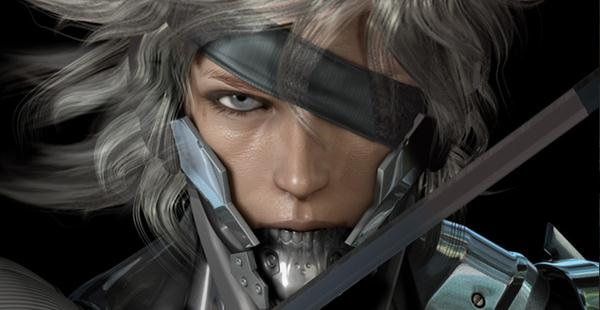 Even though the gameplay of Metal Gear Rising is looking absolutely fantastic, completely over the top, and running purely on Rule of Cool to levels far beyond the usual Metal Gear Solid pulls, it’s not using the full team of Bayonetta’s creators. Firstly, Kamiya has not been announced as the director or being involved in any part of the project. Director Kamiya is basically the man responsible for Bayonetta, as he was the director, and part of the reason it was so well-received.

Someone who was able to speak to Kamiya directly months ago stated that he was not working on Metal Gear Rising, and that the credits name Yoji Shinakawa and Takahito Washisaka. Yoji Shinakawa is the mecha designer for the Metal Gear and Zone of the Enders series, and his style is very distinctive and easy to recognize once you have had experience with his works. Takahito Washisaka has worked with Capcom extensively and is the creator of the background graphics for God Hand, Okami, Dino Crisis 2, Bayonetta, and was involved in the visual effects of Devil May Cry. Their names alone tell you that the game is going to feature awesome-looking mecha and very nice modern-setting scenery that is both cluttered and nice to look at.

Even though not all of the Bayonetta team is working on Metal Gear Rising, it doesn’t mean it isn’t going to be absolutely crazy.