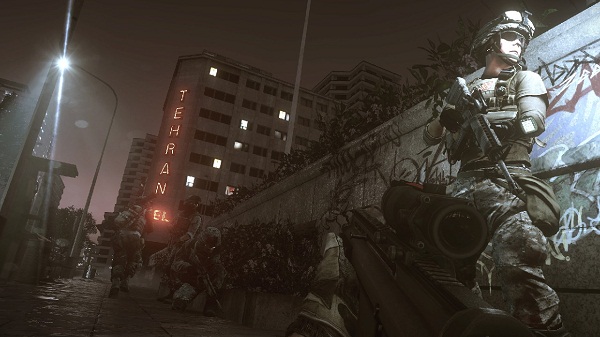 After an unnamed deputy, with the security and intelligence division of Iran’s police, announced that there would be a permanent ban on the selling of Battlefield 3, many game stores were raided and found to have copies of the game for sale. Though EA has no resellers in that region,meaning it was not meant to even be available, many store owners acquired the game by importing and more nefarious means to sell it, illegally.

The games sale was not banned due to selling imported versions but because of scenes in the game depicting a Tehran invasion, though fictitious Iranian police take such matters very seriously. Even before it had been officially announced some stores were raided for copies of Battlefield 3 and all were confiscated.

It seems many youth in Iran have fled to the Internet to pirate the game as it is their only way to play the military shooter. Though I suspect in some areas of Iran, just looking outside is like playing Battlefield.

Ignorance aside, I feel that gamers everywhere should be allowed to play whatever game they want, so long as violent video games are outright banned in that area, not just ones with specific content. There is a petition by a large group of Iranians that hopes to allow for the game to be sold once again via legitimate shops.