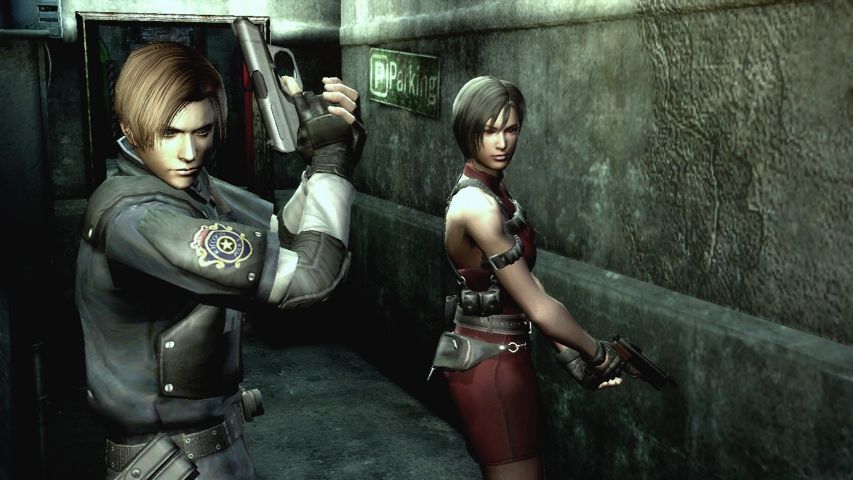 In September, Capcom released brand new HD versions of Resident Evil 4 (review here) and Code Veronica (review here) for PS3 and 360. Today Capcom announced two more Resident Evil’s a re getting an HD-revision, in the form of Resident Evil Chronicles: HD Selection.  The new compilation packages together the series’s two previously Wii-exclusive light gun-style shooters, The Umbrella Chronicles and The Darkside Chronicles, and upscales them both passed the Wii’s limited 480p resolution and makes them available in true 1080p HD resolution for the first time.

I mostly enjoyed the two Chronicles games on Wii, despite their problems (first and foremost of which was the insane difficulty when trying to play the game single-player,) so it’s good to see the games get a second chance on PS3.  Foreseeing that nobody wants to play a light-gun game with a standard controller, Capcom is promising full Playstation Move support to replicate the Wii-mote controls of the original version.  Both games were already pretty good looking for Wii games (looking about on par with RE4,) and they look even better upscaled in true HD.

Capcom has yet to announce a release date or price for the game, details regarding any bonus features, or even if it’ll be available in the U.S.  The previous HD re-releases of RE4 and Code: Veronica were given full, disc-based retail releases in Japan but were only made available as digital downloads in the U.S., so if the HD versions of Umbrella Chronicles and Darkside Chronicles do manage to make it over to our side of the Pacific, expect to see them as PSN exclusives.

While many have speculated about Nintendo’s uncertain future in the …