Home
Console News
PC
Violence against the Police in Battlefield 3

According to the ESRB listing for Battlefield 3 which gives far more details on the rating than a simple “Intense violence, strong language, sexual themes, use of alcohol”, the game’s more graphic elements have been detailed, mentioning the more possibly-controversial aspects. The rating summary from the ESRB site follows.
“This is a first-person shooter in which players assume the role of a U.S. Marine soldier who is on trial for treason. Players engage in fictitious military conflicts as the soldier’s story is told from a variety of perspectives (e.g., fighter pilots, tank commanders, Special Forces operatives). Players use sniper rifles, machines guns, grenades, and rocket launchers to kill enemy soldiers in frenetic firefights. The frequent combat is highlighted by realistic gunfire and large explosions; characters sometimes scream and emit large splashes of blood when shot. Players can also engage in hand-to-hand combat: repeatedly punching enemies in the face; stabbing soldiers to death with knives. In one sequence, a restrained character’s throat is slit (off-screen); in another, players shoot police officers to complete a mission objective. The words “fuck” and “shit” can be heard frequently in the dialogue. ”

A previous bit of news on Battlefield 3 showed that there would be no combat involving civilians, which in most games police officers can be classed as, so that’s a bit of a backpedal. Before those of you who despise acts of violence towards law enforcement pick up torches and pitchforks, there is no context given to the violence. As the main character is on trial for treason, it could be an integral part of the storyline where he is framed, or the police officers could be the bobbies of another country altogether.

CESA, the primary organizer of Japan’s Tokyo Game Show, has … 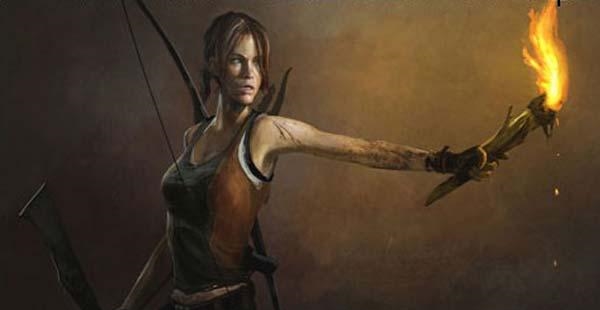 Tomb Raider’s reboot has gotten some mixed reception from the …