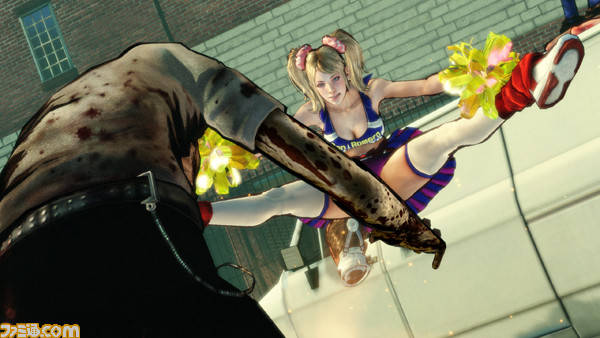 Japanese developer Grasshopper Manufacture isn’t a company that’s easily deterred; despite lackluster sales for their newest game Shadows of the Damned (which is actually a good game, by the way,) the cult-favorite developer of games like No More Heroes and Killer7 doesn’t show any signs of compromising their trademark, offbeat style in order to appeal to mainstream audiences, and fans of the company wouldn’t have it any other way.  Their dedication to the weird and quirky continues with their newest game, Lollipop Chainsaw, a game about a high school cheerleader who must fight off a zombie apocalypse using only a chainsaw and the severed head of her still-living boyfriend.  More screens after the jump: 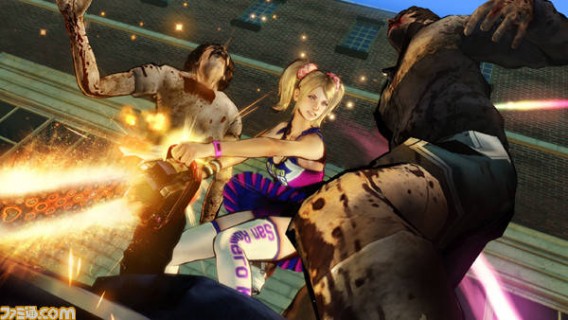 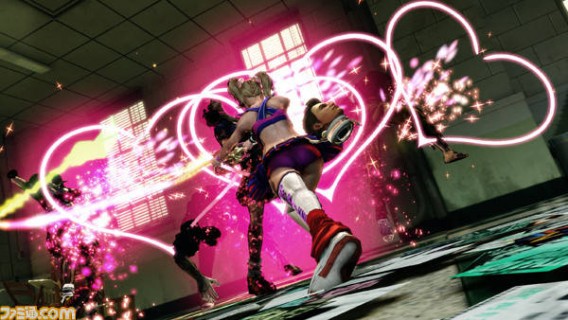 Like Shadows of the Damned, the game is a collaboration between Goichi Suda (No More Heroes, Killer 7, Flower Sun and Rain,) and Akira Yamaoka (Silent Hill,).  The game will reportedly have a lighter tone than Grasshopper Manufacture’s other games, which is saying a lot, considering how humorous games like No More Heroes and Shadows of the Damned were. Grasshopper Manufacture’s games have traditionally been love-it-or-hate-it affairs, and personally, I fall on the “love it” side of that equation.  While the game obviously revels in its juvenile premise, Goichi Suda has always managed to make low-brow humor that’s genuinely funny, unlike some other developers (*cough* Duke Nukem Forever *cough*,) so I’m confident the game will rise beyond this cheesecake and fan-service laden first look.  Famitsu lists the game as being 70% complete, but the game doesn’t have a release date (nor a US publisher,) as of yet. 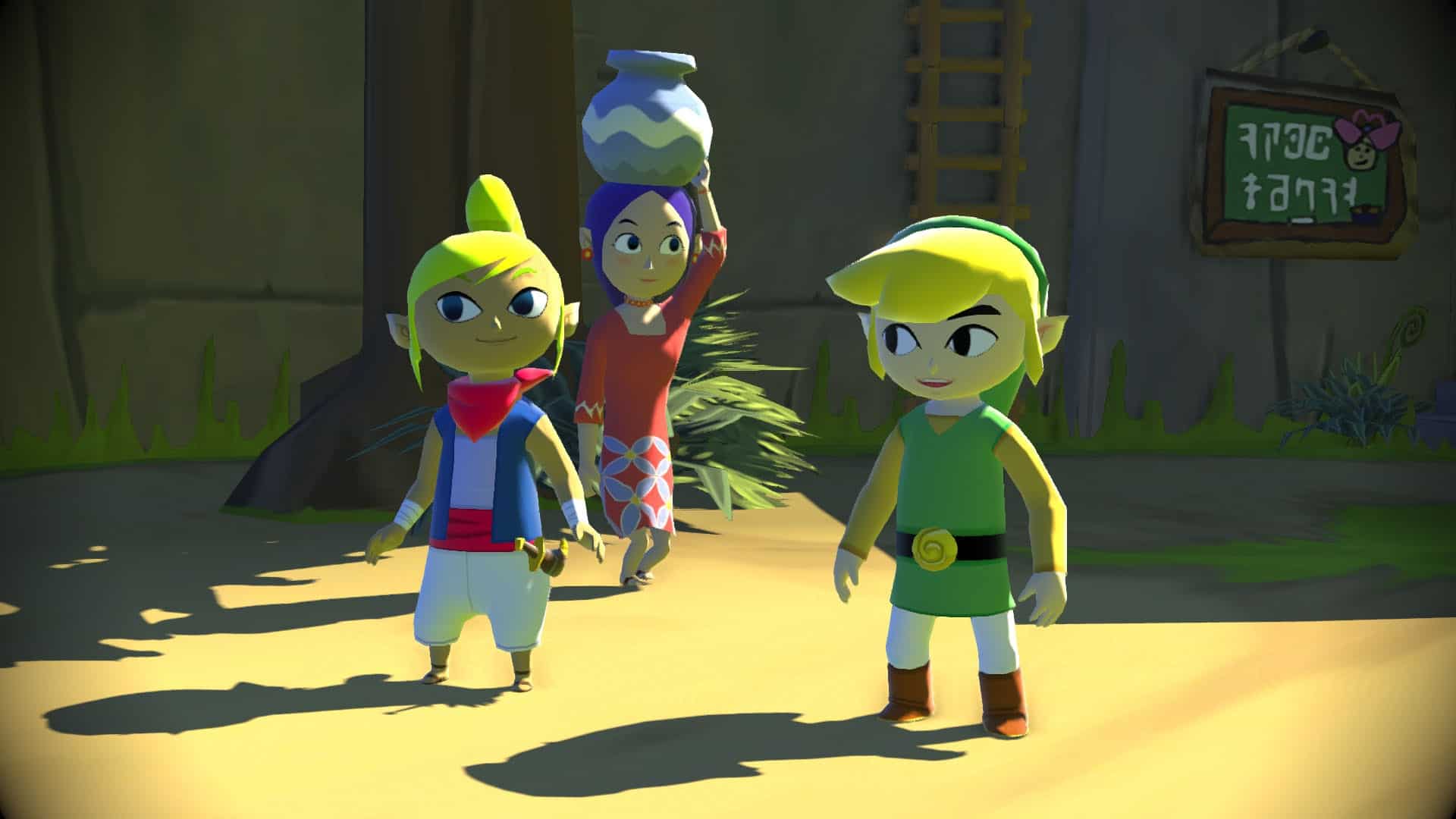 In preparation for the impending PlayStation event this Wednesday, February …