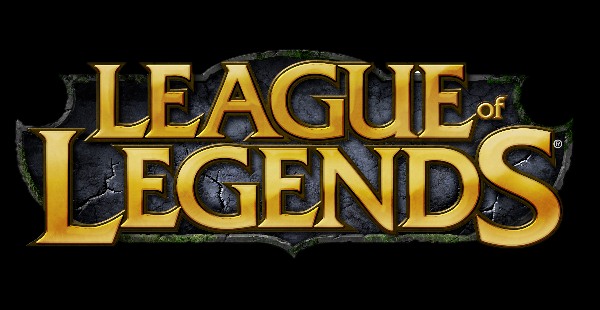 As promised, the followup to my previous post about Yorick.

At E3, Riot showed off new champions that were in development, as though there wasn’t already enough as the roster quickly approaches levels comparable to any given Suikoden game. The champions are Yorick the Grave Digger, Leona the Radiant Dawn, and Skarner, the Crystal Vanguard. Click the images to view a higher-res version. 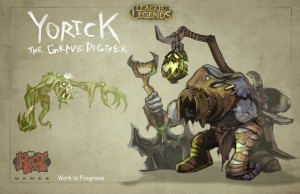 As I predicted in my previous article, Yorick is a necromancer. As I wrongly predicted, the glowing face  is simply a lantern, Yorick being a hunched-over lumbering humanoid. Yorick’s abilities each summon a ghoul with unique abilities. The ghoul is weak but it goes straight for the enemy champions. One of his ghouls has a slowing effect which makes lining up AOEs easier for his allies. The other two, Ravenous and Spectral ghouls give bonuses to lifesteal and attack speed. It’s not known if this bonus applies only to Yorick or if his allies can benefit. The Grave Digger’s ultimate attack is a line-effect binding spell that holds enemy champions in place, lining them up for an old-fashioned nuking. 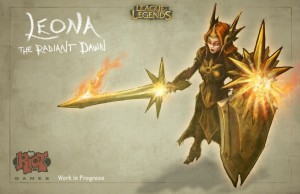 Leona is Riot caving in to the community’s often-requested need for a female tank. Because she’s still being developed, there is very little to say about her. As her name implies, her abilities are based around the sun. Her abilities are looking like they will largely be crowd-control based, with her ultimate being a powerful AOE nuke that follows up with a ray of pure sunlight crushing them all. Combining this woman with Gangplank’s ultimate (which has a similar effect) can easily 180 an incoming full-team rush. 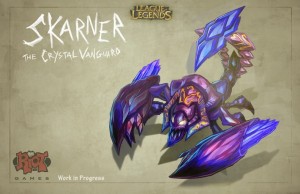 Another champion shown was Skarner, a purple crystalline scorpion that’s made to focus on 1v1, and crowd control other champions who try to intervene. Nothing major was shown, but it was suggested he would have the ability to use his tail to yank enemy champions towards him, much like the champion Blitzcrank who has a habit of yanking you off-screen for a violent death.

They are also working on spectator mode, which allows someone to view a game in progress. They’re currently trying to figure out the right amount of delay between the actual game and what is shown to spectators to prevent abuse.

The champions coming out are very interesting and expand well on features I’ve not seen yet. I’m still waiting for them to come out with an Uber Minion champion who can command and buff the minions that constantly die in droves on a minutely basis.

Lords of Shadow 2 has been promoted in trailers as … 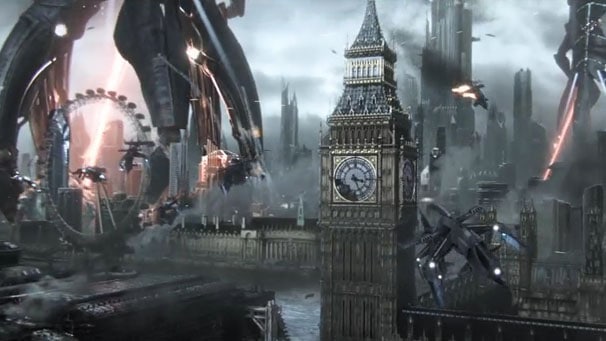