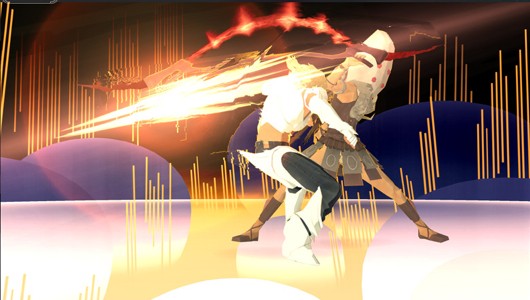 Usually when you play a game you have some idea as to what kind of experience you’re going to get; whether its Mario or Call of Duty or Halo, you  almost always have at least some sort of frame of reference to prepare you for what you’re about to experience. El Shaddai is not one of those games.
El Shaddai is a Japanese action game done in the style of Devil May Cry or Ninja Gaiden, combined with some basic platforming elements, all done in a flowing, watercolor-ish painted art style, and set in a very loose interpretation of the apocryphal Book of Enoch, the non-canonical Judeo-Christian text detailing the life of Noah’s great-grandfather…except here, Enoch is a bleached-blonde warrior who wears designers jeans along with his armor, and his nemesis, the fallen angel Lucifer, is an equally anachronistically coiffed pretty boy who communicates with God via cell phone.  So while El Shaddai does draw influences from other sources, it melds all its inspirations into something new, something completely unrecognizable.

Still, as dissonant (and just plain weird,) as all of this might sound, El Shaddai somehow clicks; while it’s simple combat (one attack button [which can be held down for varying lengths of time to create different attacks] and a dodge manuever,) certainly won’t challenge DMC or Ninja Gaiden in terms of depth, it does have a simple, responsive, and immediately gratifiying feel to it.  Likewise, the platforming elements of the game won’t make you forget about Mario or Sonic, but they’re done just well enough to where the platforming sections are neither frustrating nor boring.

While all of El Shaddai’s gameplay elements are competently executed, what really elevates the experience into something truly memorable are the game’s visuals:  I won’t even attempt to describe them here, because trying to describe the acid trip that is El Shaddai’s art style is like trying to explain colors to the blind.  But please, take my word for it: still screenshots or even streaming videos do not do El Shaddai justice.  Seeing it while playing it is a sensory overload in the best possible way.

El Shaddai is definitely a weird, weird game, but in a time when originality in full, retail releases is at an all time low, I can help but hope that Ignition Entertainment’s substantial risk with the game will be rewarded… At the very least, even if you can’t appreciate it’s originality, El Shaddai’s gameplay  is well made enough to at least warrant a fair shot. 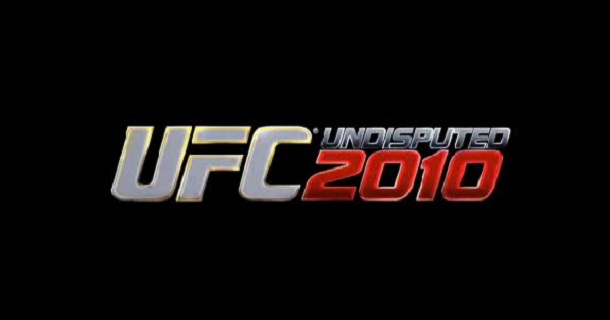 After a couple good releases into the UFC game franchise, …