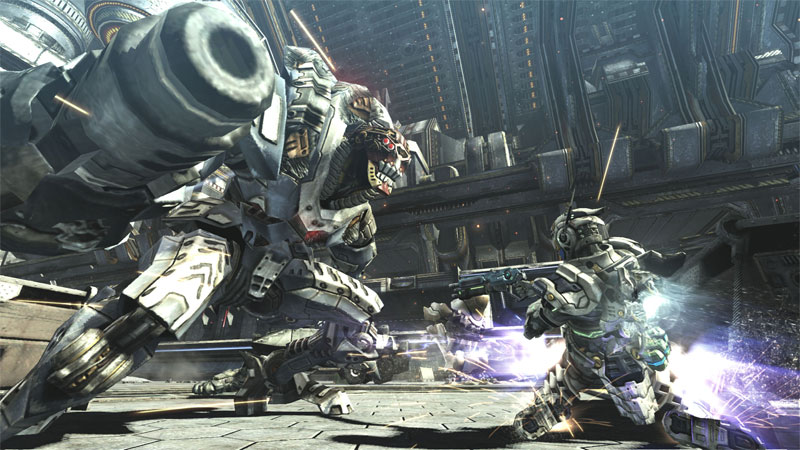 Vanquish, the latest game by Resident Evil creator Shinji Mikami, was released in the middle of last year’s holiday rush and went mostly ignored at retail… and that’s a damn shame too, because it’s honestly one of the best third person shooters ever made.

I’ll get to the point quickly and simply state that you have to play (and hopefully, buy) this game.  If you like shooters, then you’ll be in Heaven.  Conversely, even if you hate shooters, Vanquish may very well be the game to make you rethink your preferences.  Vanquish is a beautiful, expertly crafted game that, while not entirely flawless, deserves far more recognition and praise than it got upon it’s release, where it was immediately lost among a crowd of far more generic, far less creative games.  Moreso than it’s contemporaries, Vanquish deserves to be a multi-million selling game, and if you don’t mind some verbal spooging, allow me to tell you why.

First off, while it is at it’s core a third person shooter, unlike a lot of the other games in the genre, it isn’t simply a clone of Gears of War (which is ironic, given that Gears of War was inspired by Mikami’s own Resident Evil 4.) While it looks and controls like a third person shooter, the pacing of the game is more in line with the hyper-paced, frenetic style of old school 2D sidescrollers like Metal Slug or Contra; you character is equipped with a robotic suit of armor that allows him to move at high speeds and with the type of agility you’d expect out of a Devil May Cry or Ninja Gaiden game, and likewise, the enemies in this game (an army of Communist robots… Yes, I’m not making that up,) are just as fast and are better armed.  Every single second of Vanquish is relentless with it’s pacing, and the only time the screen isn’t filled with enemies and bullets is during Vanquish’s (thankfully) short cutscenes. Vanquish feels less like Gears of War and more like a 3D Metal Slug done properly: it’s modern game design coupled with old-school sensibilities, and it works.

Likewise, the game’s beautiful visuals manage to marry modern Western technical achievement with classic, anime-inspired bad assery.  Instead of relying on the generic, roided-out military aesthetic that pervade it’s genre, Vanquish is filled with slick, streamlined, sleek mecha and armor designs that suit it’s sci-fi theme perfectly; the main character’s Casshern-meets-Master Chief styled robotic suit is instantly iconic, and the robots you spend most of the game could easily fit into any Gundam or Macross anime.  It’s not just pretty designs either, as the game is a technological achievement as well, with slickly rendered characters, locales, a rock solid frame rate that never chugs, even when their are dozens of enemies or exploding objects on screen.  Vanquish is proof positive that, when given the proper direction, Japanese developers are just as capable of creating beautiful, impressive HD visuals as their better funded Western counterparts.

Of course, there are a few blemishes that detract from the overall experience: like the old action games that influenced it, Vanquish can be brutally difficult at times, and it’s easy to get frustrated when you have to replay a long boss battle because you slipped up and failed to dodge an instant-kill attack.  But like the best challenging games, Vanquish gives you a tangible, rewarding sense of achievement and reward once you manage to overcome it’s admittedly steep difficulty curve.  With every retry you can feel yourself getting better at the game, and there were only a handful of moments in my playthrough of the game where I felt I died as the result of something other than my own failings.

Vanquish also happens to have a laughably terrible storyline, but honestly, it’s no worse than what you’d find in Gears of War or Call of Duty, and unlike those games, Vanquish at least has the good sense to not take itself too seriously: characters spout constant, embarrassing one-liners, and the game itself seems pretty self-aware that it’s story is simply an excuse to put the player into situations that involve blowing the hell out of robots, and honestly, that’s all it really needs to be.  It’s a dumb story and it’s obvious narrative wasn’t a major concern for the developers of this game, but the rest of the game more than easily makes up for SyFy original movie styled cutscenes.

Reading over this review now I realize I’ve spent a lot of time comparing Vanquish to other games, and while admittedly that may just be lazy writing on my part, the myriad of comparisons aren’t entirely unwarranted: Vanquish does owe a lot to the games that have come before it, but it manages to take a variety of disparate elements and combine them into something that just doesn’t work, but into something that’s truly great.  Vanquish is a true “gamer’s” game; it’s addictive, rewarding, and deep, and outside of some minor slip-ups, manages to encompass everything that was great about the games that inspired it while at the same time having it’s own identity, it’s own feel, and that will no doubt influence the games that come after it. 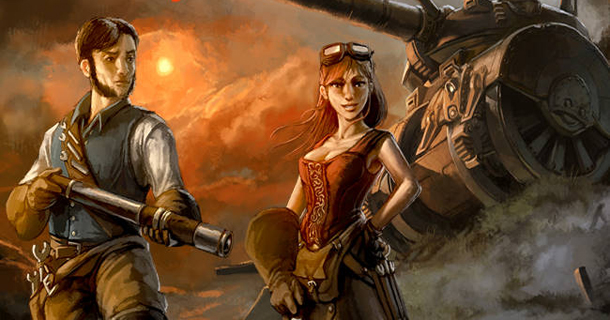