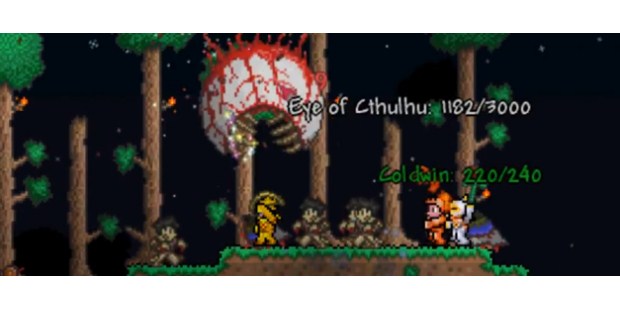 Terraria’s mechanics of digging and building makes this come off as a 2D version of the indie hit Minecraft. It does, but what Minecraft is lacking in, namely combat, Terraria does it right, and does it splendidly. The best way to describe this would be “Spelunkey meets Minecraft.”

Terraria throws you into a randomly generated world populated by fearsome monsters. The common fantasy fare of zombies and skeletons are a given, but it goes beyond that. Bone dragons leaping out of lava can turn an already-dangerous hazard into a proper deathtrap, or massive eyeballs with a giant mouth that wants to eat you makes for some very interesting fights.

The game itself features some incredibly useful and interesting items, like a grappling hook that is put to extensive use in demilogic’s Let’s Play on YouTube, and something called a Dirt Rod that moves dirt around. Your apparent goal in the game outside of exploring is to remove a “corruption” from the area. Corrupted areas manifest as regions covered in purple grass that spreads like a cancer and spawns several eldritch abominations in the area that will make every effort to kill you.

It follows a formula used by a handful of popular indie games like Dwarf Fortress and Minecraft. Giving you an entire randomly-generated area and telling you “This is your world, do what you want”. The game features large amounts of combat, exploration, and saving the world from the corruption. A very freeform and also very successful mechanic that needs to be explored more.

Terraria can be gotten for a dirt-cheap price on Steam. Pick it up if this is your kind of game. 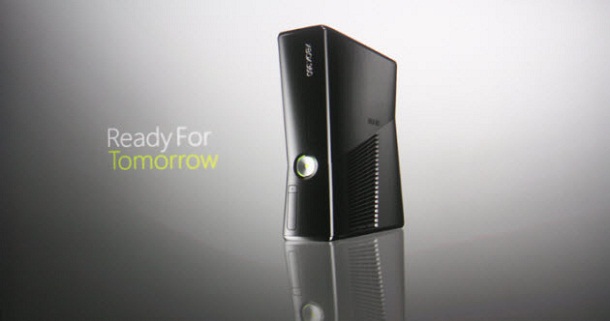 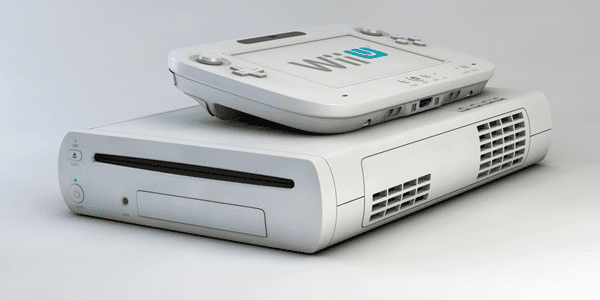 Nintendo announced awhile back that they’re going to be holding …