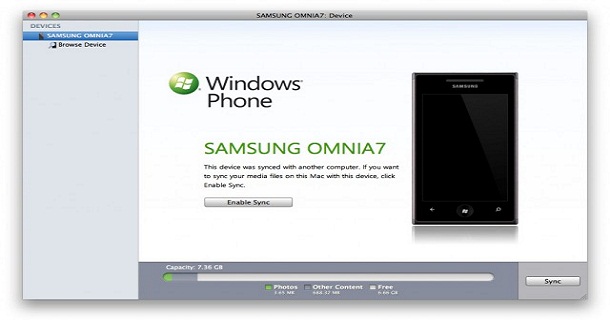 Microsoft has yet to release a Zune player for Mac computers for unknown reasons, but for those that have a Windows Phone and prefer a Mac to aPC then you should be seeing your Windows Phone Connector client updated officially as of Friday. The updated software is now available in Apple’s Mac Store. Microsoft says it has fixed a high CPU utilization problem in certain sync situations and has included some performance improvements across the application.

Windows Phone 7 Connector users can now configure the application to start automatically whenever their phone is connected, much like the Zune software and there is now support for users to sync Apple Lossless encoded audio files to their phones.

The software allows users to sync their Windows Phone to iTunes and iPhoto to transfer music, videos and photos and will sit on top of these applications when iteracting with them. Though Microsoft did not have to work directly with Apple for this update it did bring the size down to a considerably small 1.5MB. Though this will not come close to replacing the Zune experience it will at least allow for Mac users to have a better user experience on their Windows Phone and Zune Devices.

The New York Times has released the news that within …

From the original makers of Resident Evil, Capcom, comes another …