A new service called LinkedIn Today has been launched by the popular professional networking company LinkedIn. LinkedIn Today offers news aggregating services and features to the website and it aims at improving the curation mechanism by using the reading activities and interests of the people present in the users’ networks. It will be implemented as a news-like interface at its front page at LinkedIn.com/today which will display the stories considered by the sites algorithm to be the most relevant to the users reading them. These stories can of course be flagged from LinkedIn itself; however those users who have also connected their Twitter accounts to their LinkedIn ID can also flag these stories by tweeting them on Twitter. This new news aggregation service was unveiled by LinkedIn at a news conference today at its Mountain View, California headquarters.

Liz Walker, the product manager at LinkedIn, also described the ongoing efforts at the company to also integrate flagging of news through Facebook Likes; however there is no connection between the services at the moment. Deep Nishar, Senior Vice President, said to the media that even without the Facebook signaling integration, LinkedIn isn’t missing much in the bigger picture as most of the LinkedIn users prefer to segregate their professional work based discussions on the website separate from their informal and more social and personal updates that they are more likely to state on Facebook.

The intentions of the company also include putting in LinkedIn share buttons on most major news sources on the internet. However, that particular thought will face stiff competition from the current trend in these services on minimizing the number of such buttons on the articles. The company also took a major step in endorsing LinkedIn services by integrating it in their iPhone app in an update they released today.

The anticipation of the new Star Trek movie coming out … 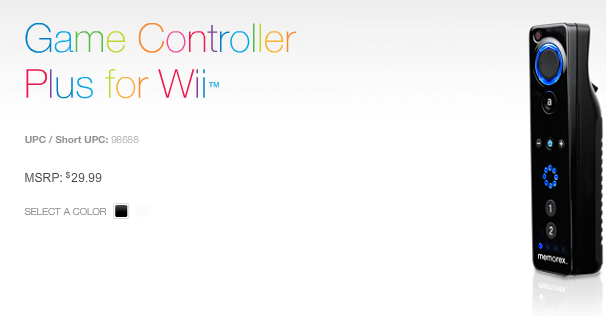 Memorex was kind enough to send IGXPPro a Game Controller …