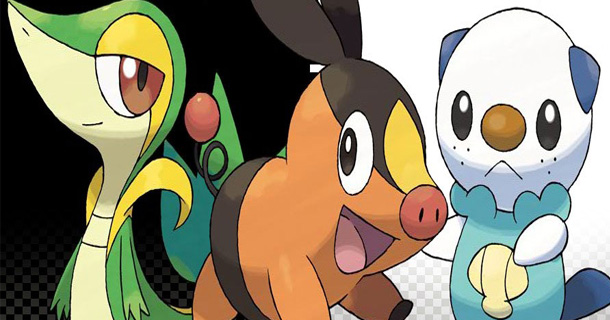 Nintendo’s latest RPG Pokemon Black and White has set a new franchise record in terms of sales since their release two days ago on the 6th of March. The response of Pokemon fans on the release of the fifth generation offering in the brand by Nintendo can only be called overwhelming. Nintendo today announced that following Pokemon Black and White’s US launch on Sunday, the games have set a new sales record. The game’s two versions have reportedly sold a total of more than 1.08 million copies within only the first 24 hours of being released.

This Pokemon duo has beaten the previous best one day sales record held by the Pokemon Diamond and Pearl games after their 2007 release selling around 780,000 copies in a combined total. This, however, isn’t the first such record set by the latest from the Pokemon franchise as the two games have earlier sold 2.6 million copies, the franchise best, after being launched in Japan last September. An industry-wide record was also beaten by the two titles as they reached the 5 million unit milestone faster than any other DS title had ever done.

In the US, Nintendo have fueled the popularity of Pokemon Black and White before its release by launching a limited edition DSi bundle. The bundle, available for $180, comes in black and white colors and it includes the similar colored version of the game. These DSi systems feature extras such as the “Legendary Pokemons” Reshiram and Zekrom etched on their faces and similar carrying cases which are meant for attracting the hardcore franchise fans. The Pokemon Black and White, although featuring minute differences from each other, feature more than 150 “Pocket Monsters” which the users can capture, train and battle within the RPG. There is also an all new region called Unova which the players can explore in the latest editions of the game.