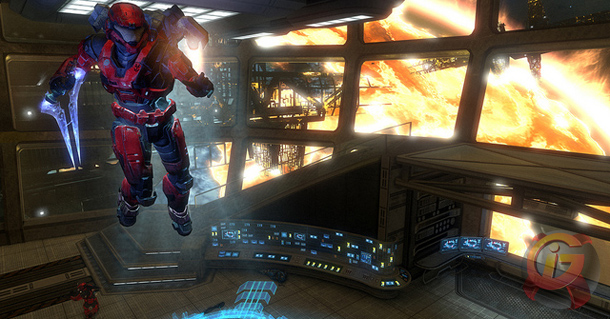 Hello everybody, its my favorite thing in the world time….new Halo content! Thats right, Bungie, Microsoft, and more importantly Certain Affinity officially announced the upcoming release of the Defiant Map Pack for Halo: Reach. This will be the first map pack released for Reach from another studio other then Bungie. Certain Affinity has done some fantastic work in the past, and have worked with games like Halo 2, Left 4 Dead, World at War, and many other popular competitive shooters. Certain Affinity was founded by a 10 year Bungie veteran, so be sure that the maps and Reach are in great hands.

The new maps go as follows:

Condemned: Condemned takes place aboard Orbital Station Gamma, a massive space station high in orbit above the planet Reach. Prior to the Covenant’s overwhelming invasion, Orbital Station Gamma provided long range communications for UNSC fleets and a vital lifeline between Reach and Earth. During the Battle of Reach, the station suffered terrible punishment at the hands of the Covenant but a few fortified sections remain intact, fully pressurized, and ready for combat. Condemned supports 6 – 12 players in a variety of action-packed game types, including Team Slayer, Team Objective and Free for All.

Highlands: Highlands takes place on the top-secret Military Wilderness Training Preserve on Reach. The Preserve is a large, wooded area where Spartan super-soldiers trained long before the war with the Covenant began. During the Battle of Reach, the Preserve was the site of key battles between the alien invaders and a group of Spartans who used their familiarity with these UNSC training grounds to significant tactical advantage…but not everyone who enters these woods makes it out alive. Highlands expands the fight with massive-scale engagements for 8 – 16 players in Big Team Battle, Team Slayer and Team Objective.

Unearthed: Unearthed takes the battle for Reach to a large Titanium mine and refinery located in the Viery civilian sector of the planet. This particular mine was built to take advantage of the exposed titanium inside a massive meteor crater. The titanium produced here is used in much of the UNSC hardware, from the chassis of the Warthog to the meters-thick armor plating of capital ships like the UNSC Pillar of Autumn. While this facility was quickly abandoned when the Covenant arrived on Reach, it still has significant tactical (and economic) value and it won’t be long before both humans and Covenant return to battle for control. Unearthed allows up to 4 players to launch a counterassault against the Covenant in Firefight and Firefight modes such as Generator Defense.

This map pack is available in March, and the addition of a new firefight map will be greeted with a warm welcome for sure by the community. Considering the amount of user created maps floating around already, Unearthed is much needed and will keep those hardcore firefight fans in check. Below I have posted the official map pack trailer, and it certainly is Halo with a new feel. From the music down to the animated text at the end, it doesn’t have that Bungie touch, but it looks like some quality gaming regardless. Who knows this map pack could be a sign of some great non Bungie Halo content in the future. I will always remember these 10 epic years with Bungie guiding Halo, but I am also excited for the future. Thats enough rambling enjoy! 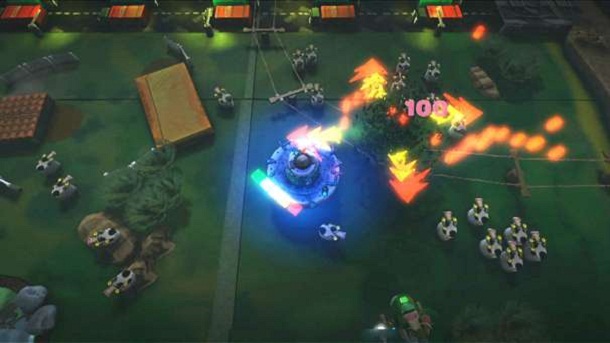